Honor Note 10 has already appeared with all its specifications on the website of TENAA, the telecom authority from China. The handset that will be arriving with a mammoth display of 6.9 inches is also expected to feature a big battery. With 4 days remaining for the launch of the Honor Note 10, the Chinese manufacturer has today confirmed the exact size of the battery of the smartphone through its official Weibo account. 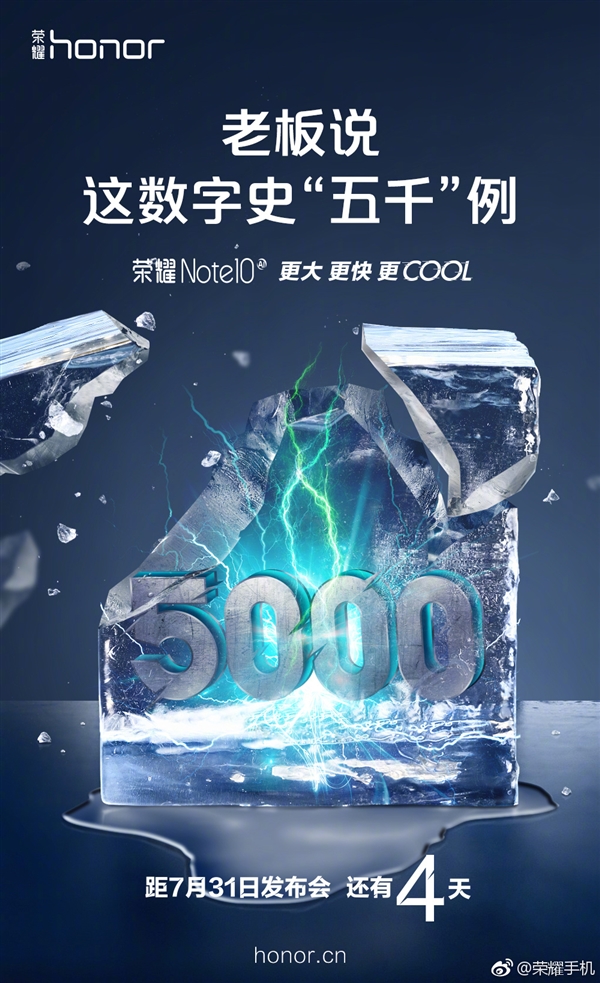 As it can be seen in the above poster, the Honor Note 10 will be powered by a 5,000mAh battery. The smartphone was recently spotted in a leaked photo in which it was placed alongside Nintendo Switch gaming console. It hinted that the Note 10 will be arriving with some gaming capabilities. Probably, it may deliver 4D gaming experience that Huawei had introduced on the Honor Play smartphone. The inclusion of the word “COOL” on the poster suggests that it could be some sort of heat dissipation feature

The specifications of the Honor Note 10 smartphone that has been revealed through its TENAA listing include 6.95-inch S-AMOLED display, Kirin 970 SoC, up to 8 GB of RAM, up to 512 GB of storage, 16-megapixel + 24-megapixel dual camera setup, 13-megapixel front-facing camera and Android 8.1 Oreo.