It’s now confirmed! The HTC U11 EYEs will be officially announced on January 15th later this week in 3 Asian countries including China, Hong Kong, as well as Taiwan. This came after the Taiwanese smartphone maker posted an official press invite on their Weibo account with the keyword “Eye” emphasized in the post description. 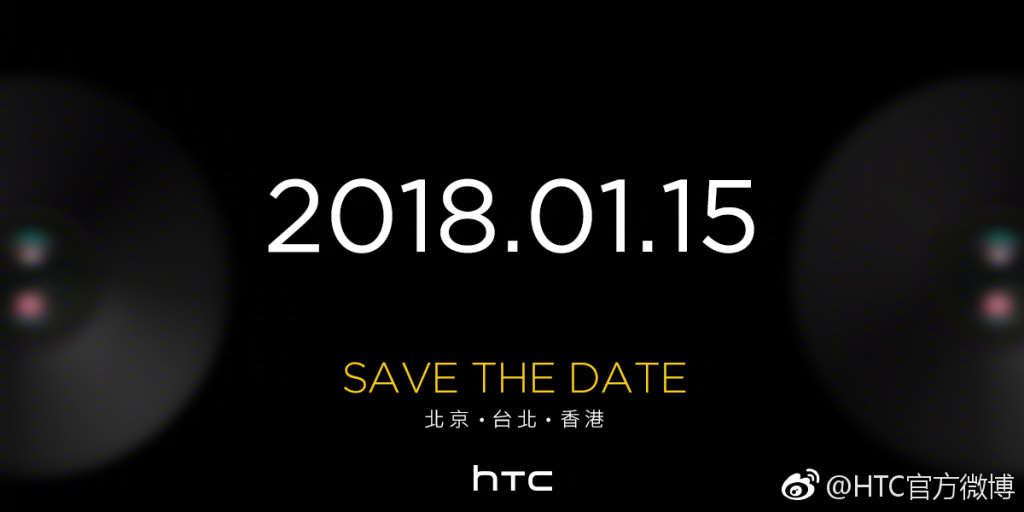 Yesterday, Chinese news publisher myDrivers had also revealed that the HTC U11 EYEs will go on sale in Hong Kong starting January 17th at a price tag of HKD 3,898 ($398). As for the other two markets, the device is also expected to go on sale later this month as well.

According to the rumorsphere, the U11 EYEs mid-ranger is expected to sport a 5.99-inches display with 18:9 aspect ratio, Snapdragon 652 SoC, 4GB of RAM, 64GB internal storage space, single-lens main snapper, dual-LED flashlight, rear-mounted fingerprint sensor, as well as a 3,930mAh non-removable battery under the hood. A more powerful model with Snapdragon 660 SoC is also expected to be announced during the same event, and will of course be carrying a slightly more hefty price tag.

As of now, there is still no news on when HTC will be bringing this unit to the other markets.