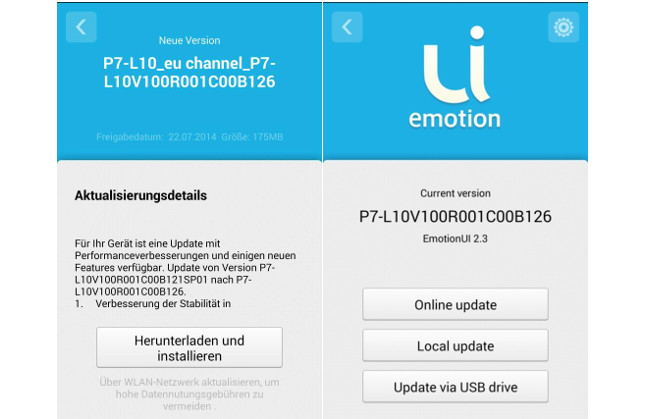 Even though the Huawei Ascend P7 went on sale only last month, the Chinese company has already begun rolling out a firmware update for their German users earlier today. This is just a regular maintenance update which bring several bug fixes as well as optimization for the device so it’ll still remains at Android 4.4.2 after the update.

Below is the details of this update (translated from German):

Since this is an OTA update, you just have to wait for a notification to popped up on your Ascend P7 to begin the updating process. However, do connect your device to the WiFi if you don’t wish to burst your data usage for this month.

Thanks Hoffman for sending this in!