Well-known leakster, Evan Blass has revealed the leaked renders of the Mate 10 Pro. The high-resolution render shows the Mate 10 Pro in color options such as grey, blue and brown. A French publication has revealed that cites information shared by MiraAxess CEO Yanis Anteur that Mate 10 will be accompanied by a desktop dock that will allow users to connect the flagship phone to a large screen to view Android apps on a desktop UI.

Here is Anteur statement that hints the arrival of the PC-like feature on Mate 10, “For now on we recommend to use the Mirabook with the Galaxy S8 for DeX and Windows Phones for Continuum. I also have a secret news for you (sic), the new Huawei smartphones announced on 16 October will have a DeX like feature and should be compatible with the Mirabook.” 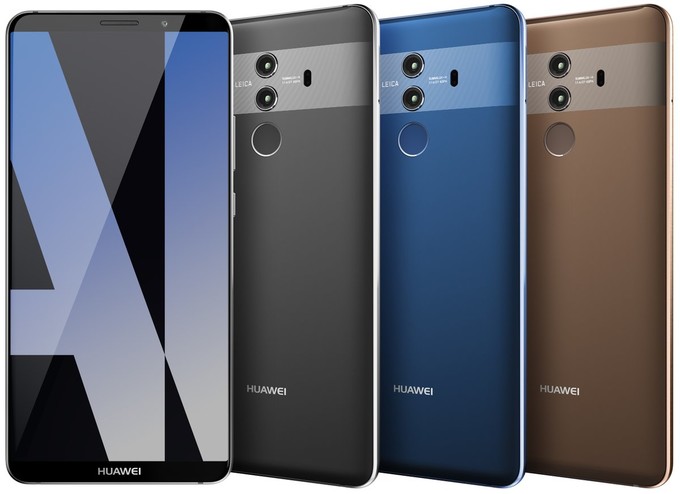 The above renders show that the handset sports a full-screen design with a rear-mounted fingerprint reader. This indicates that the render belongs to Mate 10 Pro. The display is expected to support an aspect ratio of 18:9 and QHD+ resolution of 2,880 x 1,440 pixels. A patterned strip can be seen on a rear panel that features a dual camera system that is speculated to arrive with a pair of f/1.6 aperture lens. It will be powered by Kirin 970 chipset and 4,000mAh battery. The Mate 10 and Mate 10 Pro smartphones are slated to get announced on Oct. 16