Chinese manufacturing giant, Huawei, recently unveiled at least seven smartphones within the last few days of last month. The company unveiled flagship Huawei P20 Pro, P20, mid-range Huawei Y7 Prime (2018), and super flagship Huawei Mate RS Porsche Design on the 27th of March. Two days later, three smartphones including Huawei Enjoy 8, Enjoy 8 Plus and Enjoy 8e was announced. Nevertheless, it was the Huawei P20 and P20 Pro that mad all the headlines.  Huawei P20 comes with a notch design which is “hated” in the Android camp because it was popularized by iPhone X even though Android phones like Essential Phone used a notch well before iPhone X. 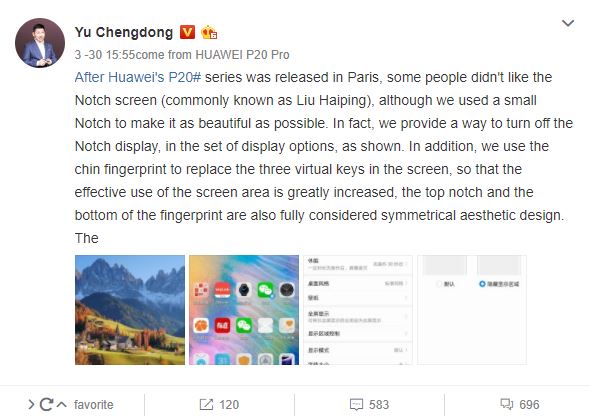 In a bid to attract/appease Android fans, Huawei has added an option which enables users to hide the notch on Huawei P20 display. However, the notch can only be hidden when the screen is active which means that the notch surrounding areas will be darkened and the notch will not be visible. Nevertheless, the physical looks of the smartphone still feature the notch. 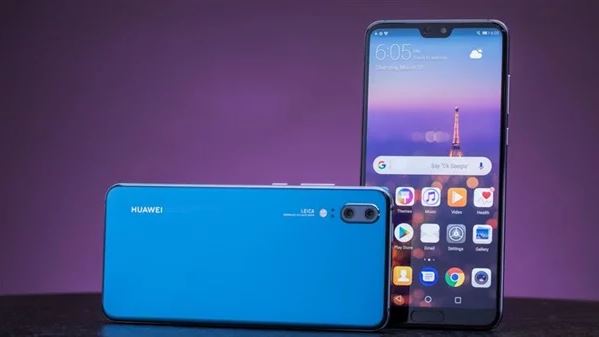 It is very obvious that Android users do not like the notch idea but there are at least 20 Android smartphones with the notch presently and more devices like OnePlus 6 will still come with the notch despite fans objection. It seems that the best way to increase the screen-to-body ratio of smartphones display is through the notch although we have seen a couple of tri-bezel-less full-screen smartphones like Xiaomi Mi MIX 2s and the Galaxy S9.

ZTE Nubia Z18 Mini will be announced on April 11th