The Samsung Galaxy S8 Microsoft Edition that is packed with apps like Office, OneDrive, Cortana, Skype and so on is available on the Microsoft Store. It does not run on Windows 10 Mobile OS. However, it seems that Samsung and Microsoft have been working on a Windows 10 Mobile OS powered edition of Galaxy S8 as several leaked photos of the alleged phone have surfaced. 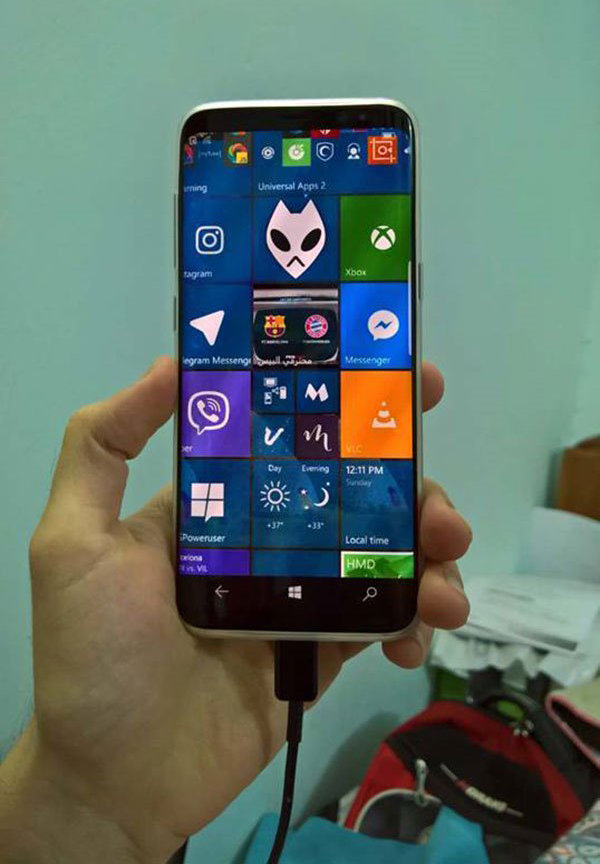 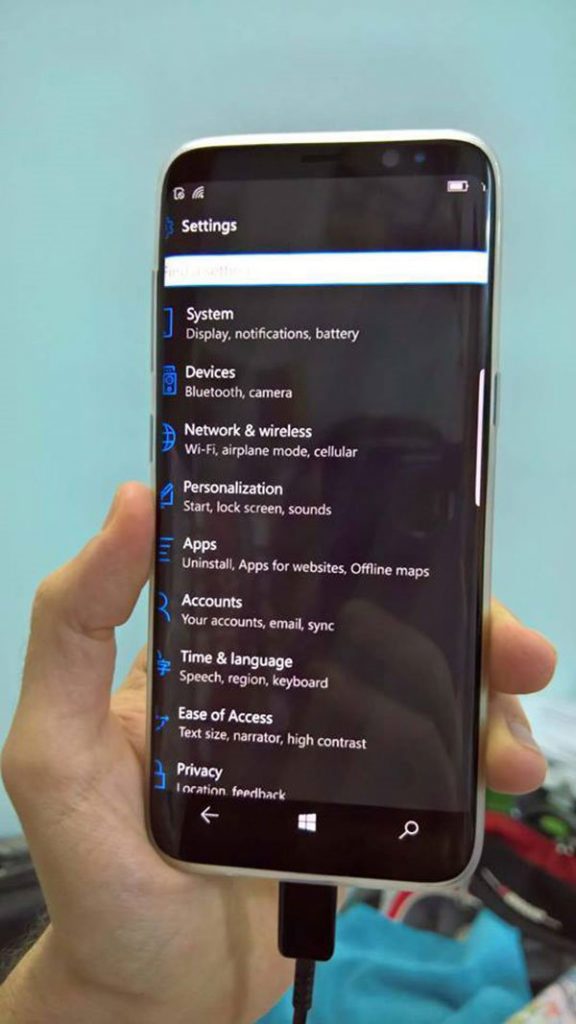 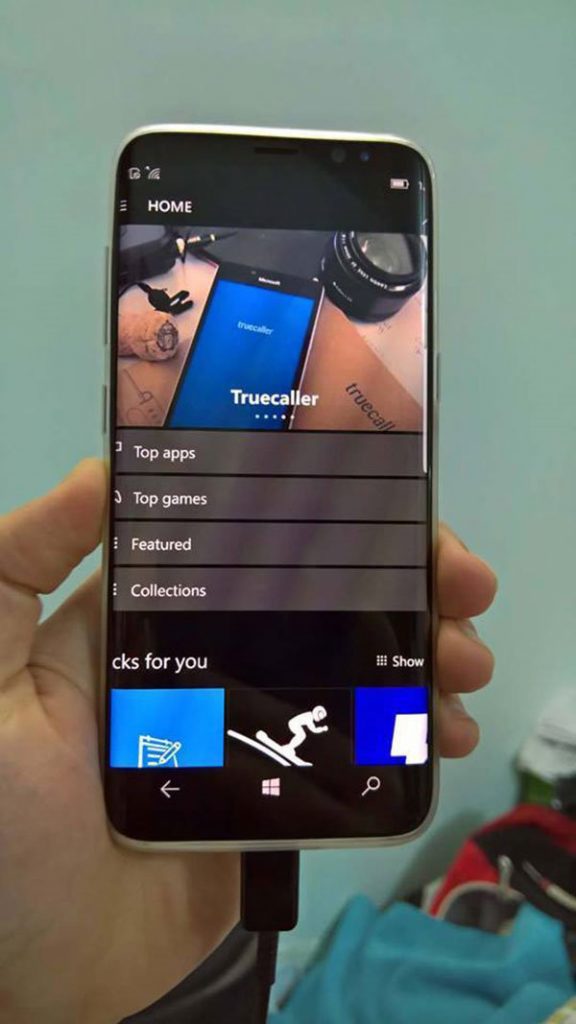 The first shot shows the Live Tiles homescreen sitting on the “Infinity Screen” of Galaxy S8. The second images shows the Settings screen and third one shows an app from the Windows Store. It seems to be running on the latest Windows 10 Creator Update build.

The Snapdragon 835 chipset is capable of running full version of Windows 10. This suggests that the Samsung Galaxy S8 with Windows 10 may run Win32 apps.

The HP Elite X3 from 2016 that is driven by Snapdragon 820 is the only high-end smartphone from running on Windows 10 Mobile seen after the launch of Microsoft’s flagship smartphones from 2015, the Lumia 950 and Lumia 950 XL. Microsoft has reportedly killed the Lumia lineup and the rumor mill is waiting for the arrival of the Surface Phone but Microsoft has not revealed any official plans on launching it. The Galaxy S8 with Windows 10 with Snapdragon 835 will make it the most powerful Windows 10 Mobile smartphone.