Earlier today, we just reported that the upcoming Meizu 15 Plus had been spotted on the AnTuTu benchmarking app along with some of its official specs. Right now, its Meizu 15 sibling had made its appearance via the Geekbench site as well. 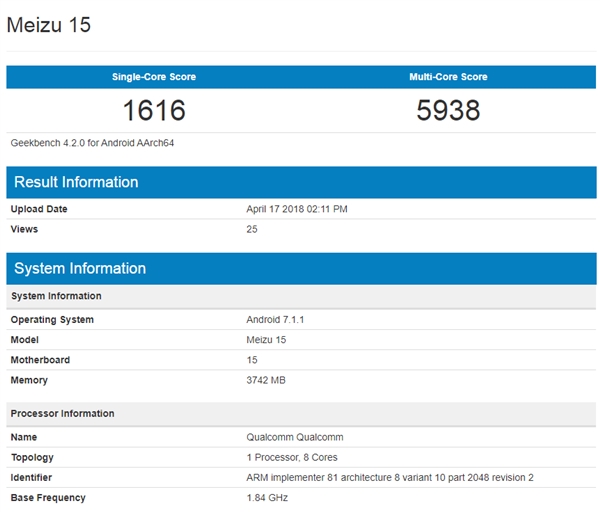 Although there isn’t much details revealed on the site, but it do shows that the device scores decently for its single and multi-cores performance. To be precise, the Meizu 15 scores 1616 points for its single-core performance and 5938 points for its multi-cores performance. This coincides with the scores of the Xiaomi Mi Note 3 which reaffirms that the device would most probably be running on the Snapdragon 660 SoC.

From its listing, it was also revealed that the model being benchmarked is in fact the 4GB variant which will be featuring 64GB worth of internal storage space according to its TENAA listing. Its good to know that there will also be a higher-end model that comes with 6GB of RAM and 128GB onboard storage space as well.

Moto Z3 Play Could Arrive with a Side-Mounted Fingerprint Reader