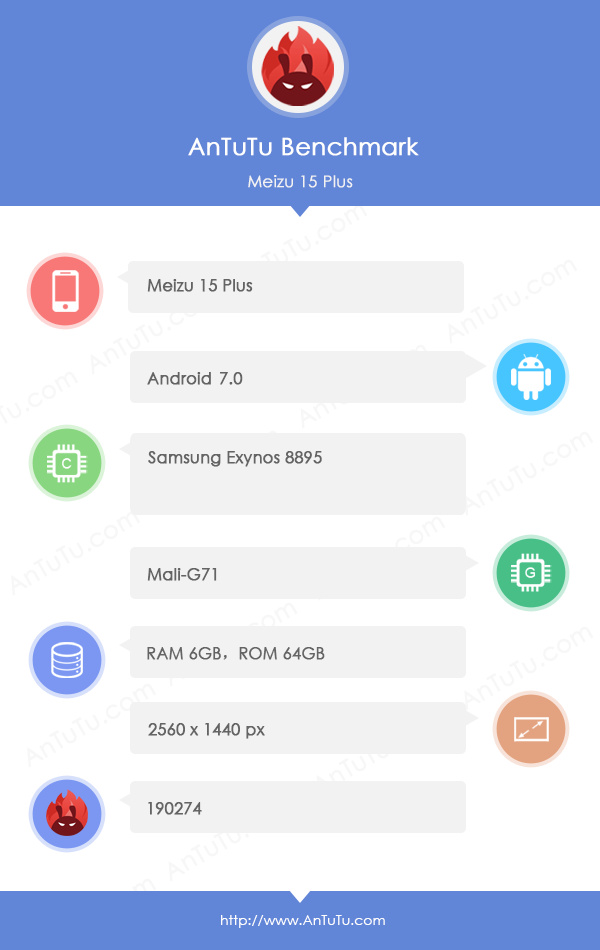 According to AnTuTu listing, the Meizu 15 Plus features QHD resolution display, 6 GB of RAM and 64 GB of storage. It runs on Android 7.0 Nougat. A recent report has revealed that the Meizu 15 series will arrive pre-installed with Flyme 7 skin. The handset has recorded 190,274 average benchmarking score on AnTuTu.

Meizu 15 Will Come Pre-Installed With The New Flyme 7