Earlier this evening, we reported that Meizu will be holding a launch event on January 4th this week where they will be unveiling their first-ever smartphone with an 18:9 screen aspect ratio. The mysterious smartphone, according to reports, is none other than the long-rumored Meizu M6S which had been starred in a couple of leaks in recent months. 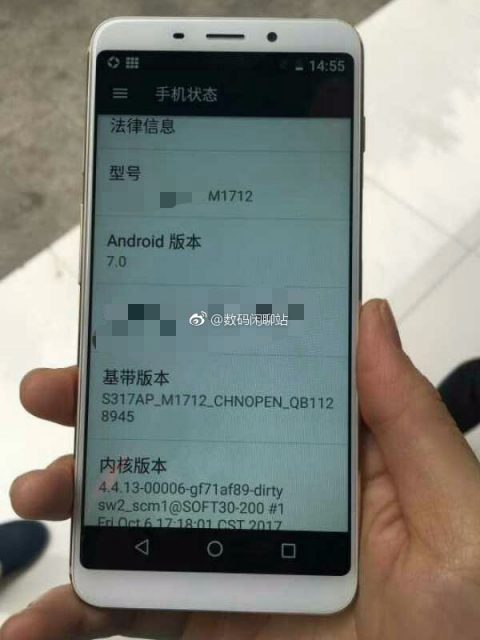 Right now, the same handset has been spotted in another live shot which shows off a familiar looking design similar to the one we’d seen from the earlier leaked images. As seen from the ‘About Phone’ screen above, this device also carries the model number M1712 which was recently certified by the Chinese TENAA authority. Since most Chinese smartphones are usually certified days before their official unveiling, it adds even more credence that the device in picture is likely to be the star of the upcoming launch event.

For the benefits of those who’d missed out, the Meizu M6S is expected to sport a 5.7-inches display with 18:9 screen aspect ratio. The device is rumored to be powered by a MT6793 SoC/ Exynos 7872 SoC with 3GB of RAM as well as 32GB worth of internal storage space.  Camera-wise, there will be a 13 megapixels main snapper at the back as well as a 5 megapixels front-facing selfie cam.