Rumors have it that the upcoming Nubia Z18S will be a dual screen phone. A fresh photo of the alleged handset has appeared today to reveal its front and rear design. The images also suggest that it may feature a side-mounted fingerprint reader.

The images reveal that the frontside of the phone will be featuring a notch-less screen and it does not feature a selfie camera. The front display seems to offer an amazing screen-to-body ratio of more than 90 percent. The back panel has horizontally arranged dual camera setup and a secondary screen. The fingerprint scanner is missing from the rear. The TENAA listing of the phone has revealed that it is equipped with a fingerprint scanner. So, the handset may feature an under-display fingerprint scanner or a side-mounted one. 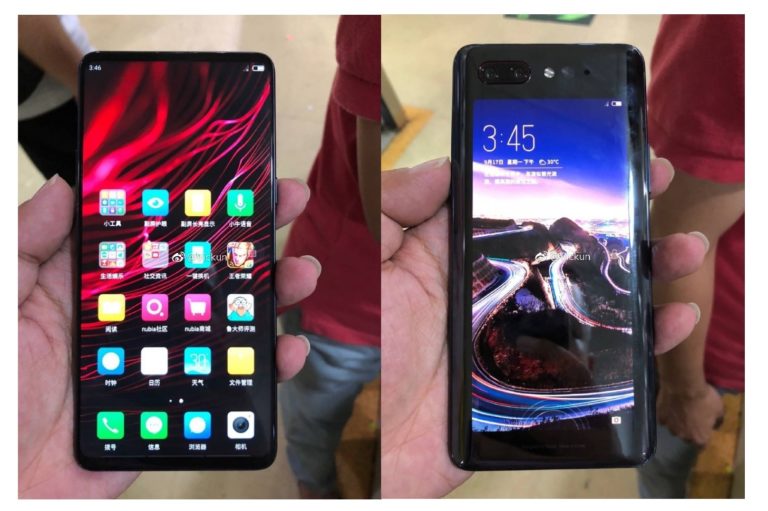 As far as specs are concerned, the TENAA listing of the alleged phone has revealed it will feature 6.26-inch FHD+ LCD screen on the front and 5.1-inch OLED HD+ display on the rear. The Snapdragon 845 will be powering its 64 GB + 6 GB and 128 GB + 8 GB editions. The 24-megapixel + 16-megapixel dual camera setup resides on its back. It includes a 3,800mAh battery. The final name of the device is not known, but the rumors surrounding it hint that it may debut soon as Nubia Z18S.