When Oppo had introduced R17 smartphone exactly one week ago, it did not confirm on its pricing. Today, the Chinese manufacturer has revealed that the R17 is priced at 3,499 Yuan (~$509). It has also confirmed that the R17 will be hitting the market on Aug. 30.

The R17 is listed on multiple retailer sites such as the official online store – Opposhop.cn, Jingdong Mall, Tmall and Suning. These sites have currently listed the R17 for reservations. The Oppo R17 and R17 Pro will be launching on Aug. 23 through an unveil event in Shanghai. The pre-sales of these phones will begin on that very date and they will be made available in the market on Aug. 30. 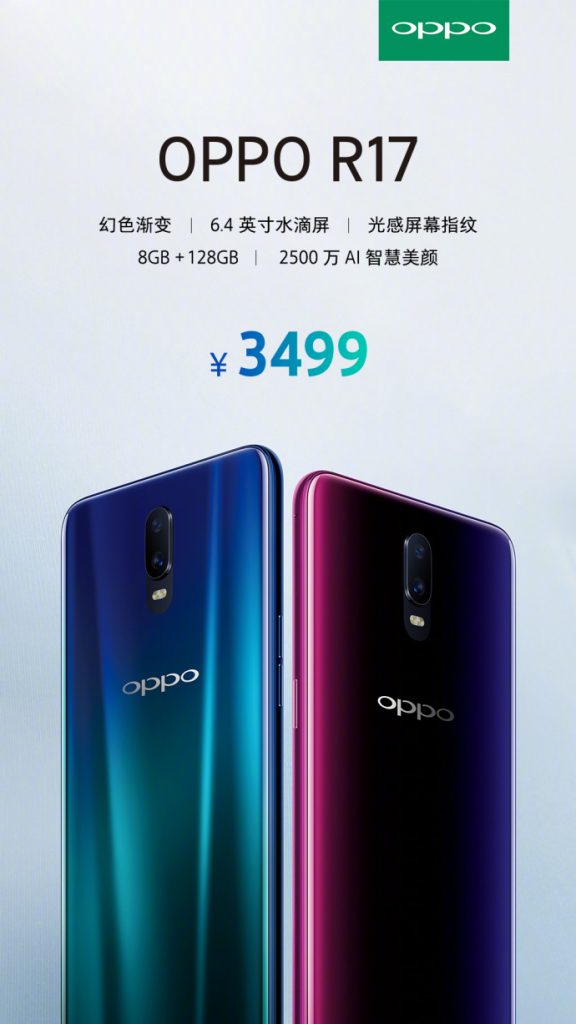 Motorola One Power Spotted with Snapdragon 625 on Geekbench