Samsung is prepping up to introduce its Galaxy J5 (2017). Its press renders and specifications have already been revealed by the rumor mill. Its arrival seems imminent. In March, the smartphone had appeared on GFXBench with 4.8-inch HD display and 16 GB storage. However, it has appeared again on the benchmarking site with updated specs. 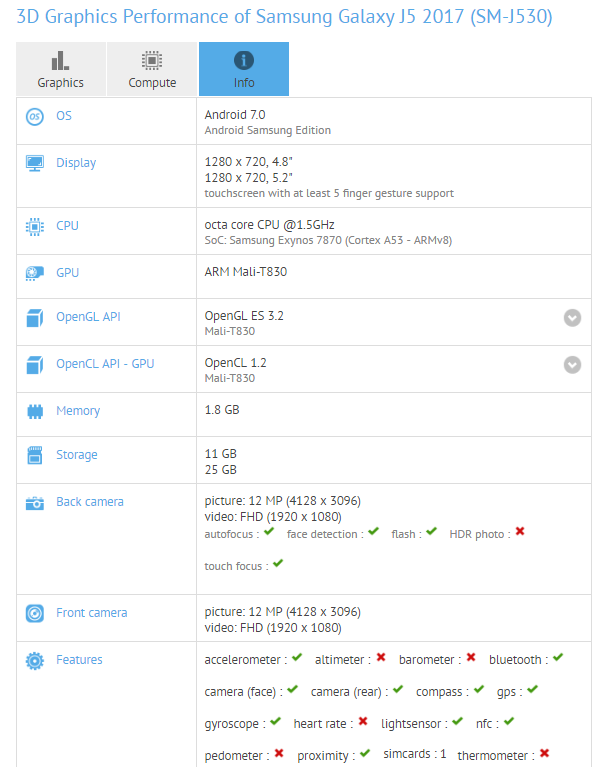 The updated information for Galaxy J5 (2017) with model number SM-J530 on GFXBench states that it will be coming with a 5.2-inch display like its predecessor. The display will support HD resolution of 720 x 1,280 pixels.

It will be powered by Exynos 7870 chipset that features a 1.5 GHz octa-core processor and Mali-T830 graphics. It features 2 GB RAM. Previous listing suggested that it would arrive with 16 GB of storage. However, the updated details on GFXBench reveals it will be coming with 32 GB of storage. The front and rear would be featuring 13-megapixel cameras. It will be running on Android 7.0 Nougat. Rumors have it that it will feature 3,000mAh battery and would be launching in Europe in the next month with a pricing of €279 ($309).