The Vivo X23 is an upcoming smartphone from Vivo that is slated to go official on Sept. 6. Recent teasers from the company have already revealed the design of the phone. Like the OPPO R17, the Vivo X23 will be equipped with a smaller notch. A Chinese leakster has shared fresh photos of the Vivo X23 smartphone. Some images show the X23 stacked alongside the R17 phone. 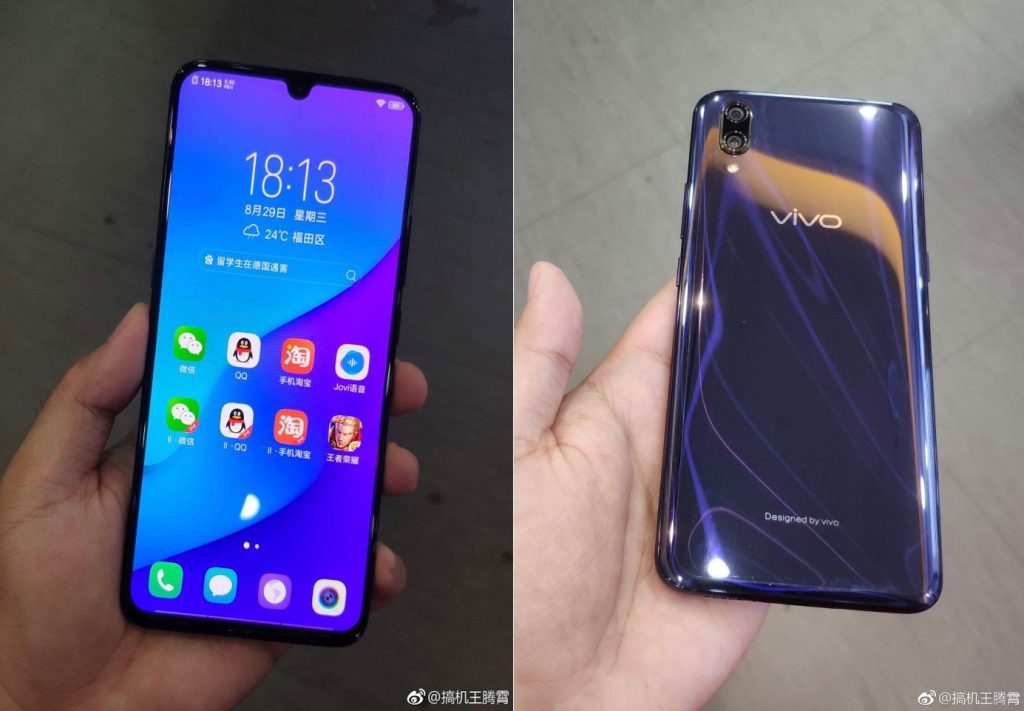 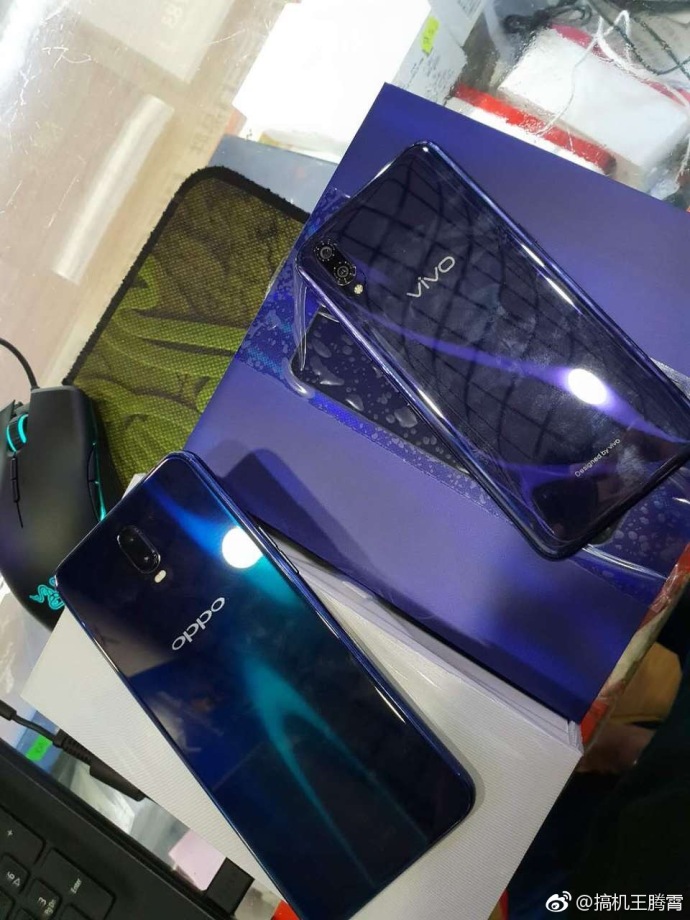 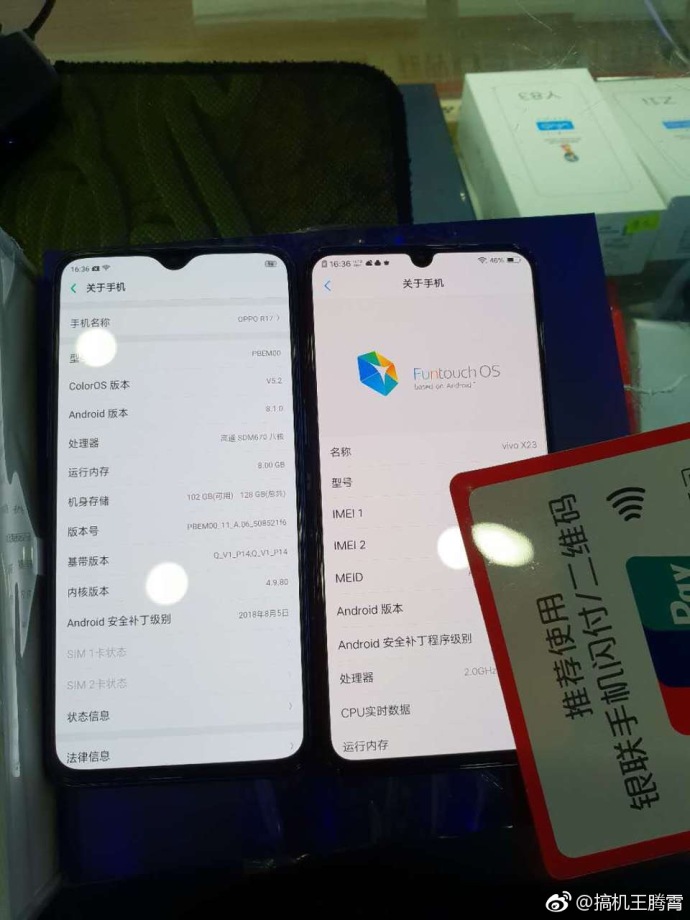 The Vivo X23 has a color gradient glass rear like Oppo R17. Unlike the vertical dual camera setup placed on the upper half of R17’s rear, the X23 has its dual camera on the top-left corner. Rumors have it that Snapdragon 670 will be powering the Vivo X23. The same SoC is present under the hood of the R17. It is likely to arrive in variants like 64 GB storage + 6 GB RAM and 128 GB storage + 6 GB RAM.