Even though Xiaomi had confirmed at the end of the August month that the Xiaomi Mi MIX 3 will be launching in October, it has remained silent on the launch date.  Today, the Chinese manufacturer has officially confirmed that the unveil event of the Mi MIX 3 will be held on Oct. 25. 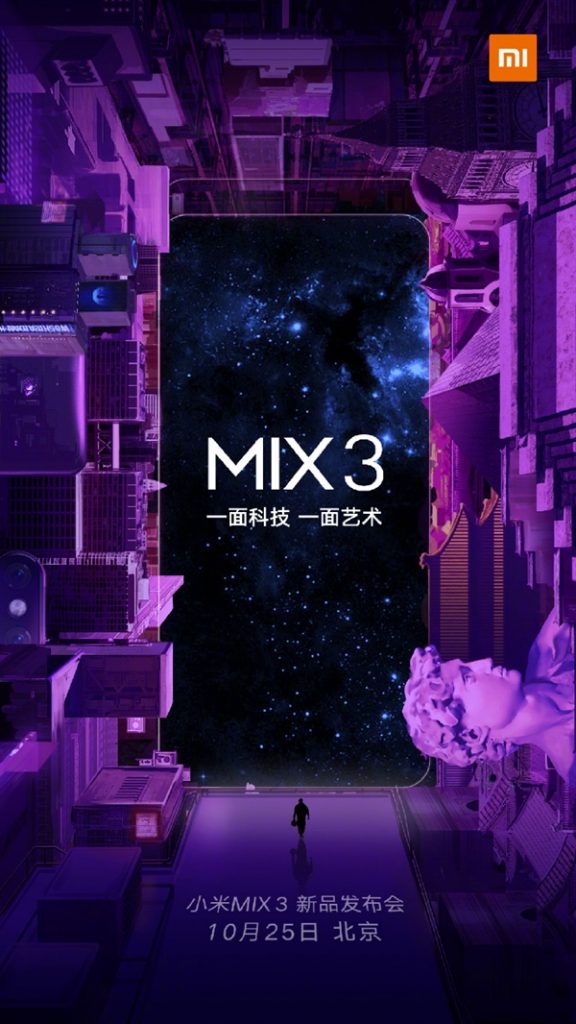 Xiaomi Mi MIX series of flagship phones have always offered very high screen space. The MI MIX 3 is also expected to continue the trend by launching it manual slider design that offers higher screen-to-body ratio than all the predecessor models.

The specifications of the Xiaomi Mi MIX 3 are still under the wraps, but it is very likely to be driven by Snapdragon 845 chipset and 8 GB of RAM. It is expected to feature an AMOLED display supplied by Samsung. The handset is rumored to feature an in-display fingerprint scanner. It is also being speculated that the selfie camera and 3D structured light module for 3D facial recognition will be placed on the slider of the smartphone.

Huawei Enjoy 9 Plus and Enjoy Max Officially Announced in China