A report that we carried yesterday suggested that the Xiaomi Mi MIX 2 that will be debuting on Sept. 11 will be accompanied by another device. It appears that the Chinese firm may launch the Mi Note 3 alongside the Mi MIX 2. Xiaomi founder, Lin Bin has released a new teaser of Mi Note 3 on his Weibo account. 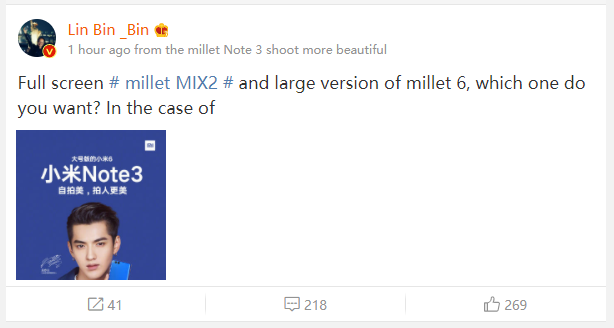 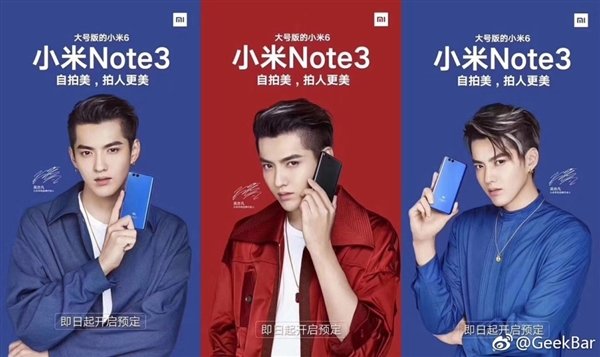 Like the Mi Note 2, the successor phone is expected to arrive with dual rear cameras. Mi Note series phones have always featured flagship chipset. However, recent reports claim that it would be driven by Snapdragon 660 chipset. It is rumored to be the same Xiaomi Jason phone that had appeared on GFXBench benchmarking site few months ago. Hence, it is expected to feature 5.46-inch FHD display, 6 GB of RAM, 64 GB of storage and 16-megapixel frontal camera.