Last week, we’d heard that Huawei will not be unveiling their highly anticipated Huawei P20 duo in the upcoming MWC 2018 and will instead be announcing the pair during a standalone launch event on March 27th.

Just a couple of days back, there are also a couple of alleged renders of the P20 Lite smartphone leaked out of Singapore which gave us some heads up on what to expect from this more affordable mid-ranger which may or may not be unveiled alongside its other P20 siblings. And now, it seems like the focus is back to the Huawei P20 after a first-ever live shot of the device made its way to Chinese Weibo earlier today. 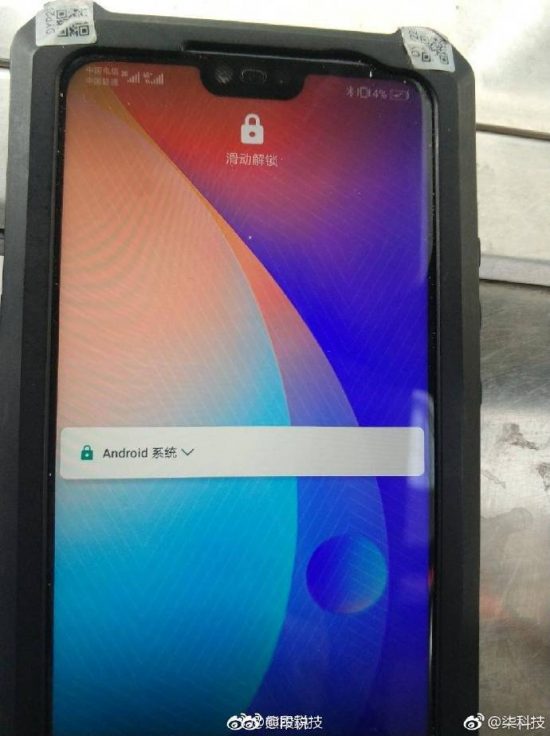 As what rumors have been suggesting, the alleged shot of the Huawei P20 seen above indeed comes with a top-notch design similar to the iPhone X. However, it is pretty obvious that the top-notch on the P20 is slightly thinner in length as compared to the iPhone X. Housed within the top-notch is none of than a earpiece speaker which is flanked by a selfie-cam. Likewise, we can also see that the P20 will be featuring a fullscreen display with minimal bezels along its sides. If you pay close attention to the lock screen, you will also realize that it’s status bar at the top closely resembles that of the EMUI as well.

Although there isn’t much information on the specs of the Huawei P20 so far, but renowned leaker Evan Blass had earlier revealed that the device will be featuring an incredible 40 megapixels tri-camera sensor on its back, which is accompanied by another 24 megapixels selfie-cam at the front. Other than that, it is also certain that the upcoming P20 series will be powered by Huawei’s latest HiSilicon Kirin 970 SoC out of the box.

That’s pretty much all we have for now, so stay with us for more updates!

Huawei P20 Lite renders leaked, revealing a dual-camera setup and fingerprint sensor at the back

Specifications of the HTC Breeze U Series Entry-Level Smartphone Leaked