OnePlus will be launching its first 5G smartphone. The handset is expected to get official before May in the coming year. OnePlus has confirmed that it will not be the successor of the OnePlus 6T smartphone as it will be announced as a new lineup product. Today, an Indian tipster has shared a leaked snapshot that was shot during an internal meeting of the company. In the image, the OnePlus CEO Pete Lau addressing on a mysterious looking OnePlus phone. It is speculated that it could be the first OnePlus phone from the company. 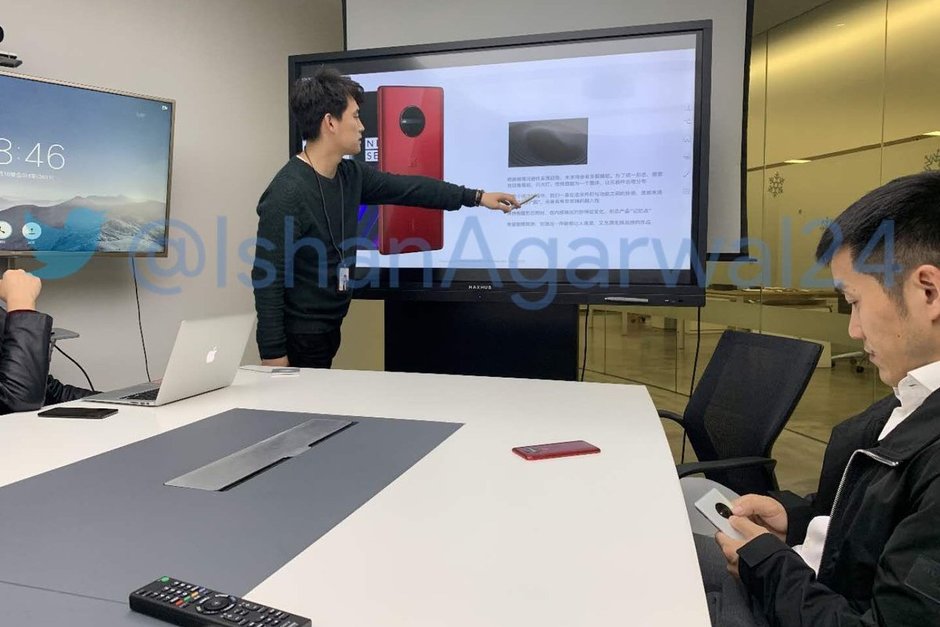 The unidentified OnePlus smartphone that is being shown on the projector screen can be also seen in the hands of the employee sitting on the right. The handset has a prominent round-shaped module on the rear. It is very different from the vertical dual camera setup available on the OnePlus 6T. The frontside of the phone is not clearly visible in the projector. The handset can be seen in red and white variants.

It may not be the OnePlus 7 smartphone because the handset is expected to be inspired from the design of the upcoming Oppo R19 phone which is rumored to arrive with an in-screen camera hole design. Even if the above shown phone is the OnePlus’ 5G phone, it is advisable to wait more before confirming on it since the handset is in designing stages. There is a possibility that the company may opt for a different design