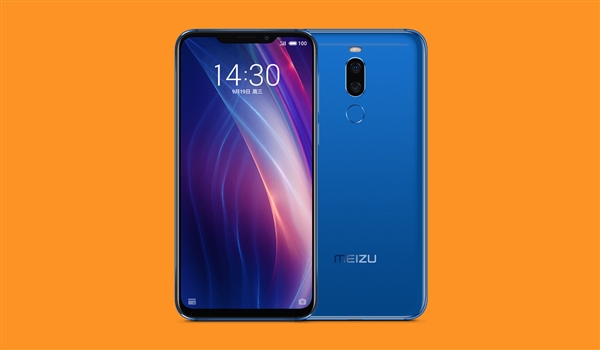 In this year, Meizu has launched 16 smartphones so far and among them the Meizu Note 8 is the only Note series phone from the company whereas the Meizu X8 is the only X series smartphone. Hence, it is likely that the first waterdrop notch phone could either be the Meizu Note 9 or Meizu X9 that will respectively arrive as the successors of the Note 8 and X9 smartphones. Since the X9 has a wide notch, it is likely that the successor Meizu X9 may feature a smaller waterdrop notch.

The tipster has further revealed that the model number of the upcoming waterdrop notched screen from Meizu has a model number of m19XX. The rumored smartphone will be fueled by Snapdragon 710 chipset and 4 GB of RAM. It will have an inbuilt storage of 64 GB. The Meizu X8 that was announced in September is equipped with Snapdragon 710 SoC. It will be hitting the market in black and white color variants. It is advisable to digest the report with a grain of salt since there is no concrete evidence to support the claims made by the tipster.

Could this be OnePlus’ 5G Smartphone?