A new image of what appears to be a press render of the Galaxy S8 has been revealed by well-known leakster, Evan Blass. It shows the Galaxy S8 in two colors, Orchid Grey and Black Sky. As recently leaked photos have revealed, the new image also shows that Galaxy S8 sports a huge display and the rear side has a fingerprint scanner alongside the main camera.

The above image is similar to the following image that also contains Arctic Silver color variant which is not available in the above photo. 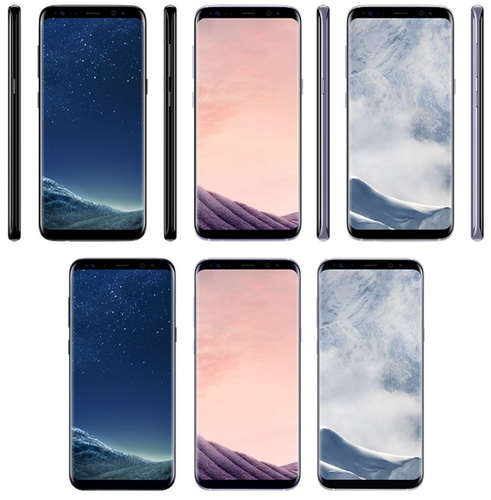 In an another tweet, Blass has also revealed the pricing of Galaxy S8 and Galaxy S8+. According to him, the Galaxy S8 will be priced at 799 euros ($859) and the larger Galaxy S8+ would be costing 899 euros ($967). Samsung is also expected to unleash new devices alongside the Galaxy S8 duo.

The DeX Station, an alleged docking system that will allow users to get desktop PC experience by using it to connect the Galaxy S8 with an external display, keyboard and mice. It is expected to cost 150 euros ($161). The tipster has also claimed new GearVR and Gear 360 would be respectively priced at 129 euros ($138) and 229 euros ($246).