A promotional poster for the upcoming Galaxy Note FE was accidentally posted by South Korean carrier LG Uplus on Facebook yesterday had confirmed that the device will indeed by launched on July 7th later this week. The post however, had since been removed from its Facebook page for some unknown reasons. 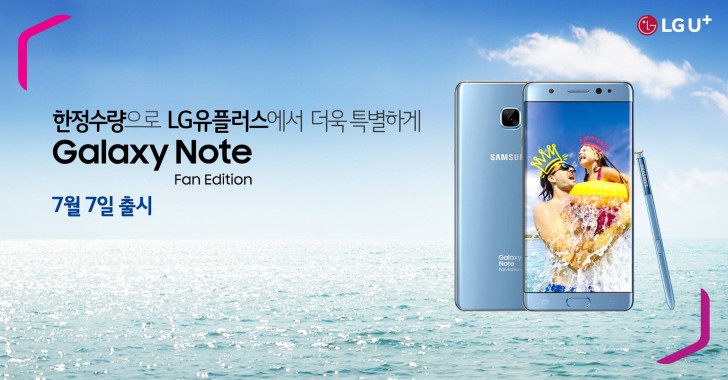 The July 7th launch date was first revealed by Wall Street Journal last week, amidst rumors which suggested that its launch date would be pushed back to July 30th. Earlier reports had claimed that the Korean company is planning to sell some 400,000 units of the Galaxy Note FE in their home market alone. Sad to say, the Galaxy Note FE will not be heading to the US market this time round even though some other markets could be lucky enough to sell this highly anticipated handset.

In case you’d missed out, the Galaxy Note FE will be coming with a similar specs sheet as the Galaxy Note 7 except for its watered-down battery capacity from 3,500mAh to just 3,200mAh.