Gionee had revealed in the previous week that it would be launching as many as 8 smartphones with bezel-less design on Nov. 26. The rumor mill has speculated that the Chinese firm would be announcing smartphones like M7 Plus, M2018, S11, S11 Plus, F6L, and F205. The specifications of these phones have already appeared through TENAA and benchmarks listing. Today, the Gionee GN5006L has appeared on TENAA to reveal its specifications. This smartphone is expected to break cover as Gionee Steel 3. 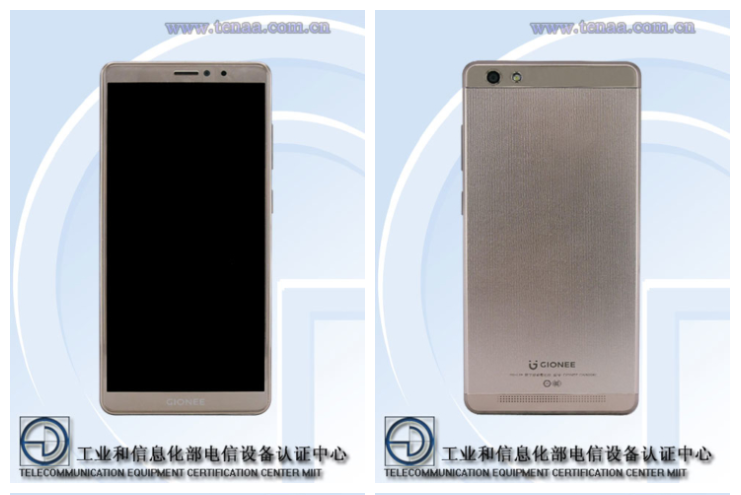 The images of the Gionee GN5006L that has surfaced through TENAA listing has revealed that it will be sporting a full screen design. The smartphone features 5.5-inch screen that produces HD+ resolution of 720 x 1,440 pixels. This elongated screen is expected to support an aspect ratio of 18:9.

It is driven by 1.4 GHz octa-core processor. It is speculated that it my feature Snapdragon 435 chipset. TENAA listing of the phone suggests that it will be coming in variants like 2 GB RAM / 16 GB storage and 3 GB RAM / 32 GB of storage. It will include a mammoth battery of 4,000mAh capacity.

For photography, it will feature a rear camera of 8-megapixel and a selfie snapper of 8-megapixel. The phone will be loaded with Android 7.1.1 Nougat OS.

Xiaomi Mi 6 with 4GB+64GB memory configuration had been announced