When the Xiaomi Mi 6 was announced back in April this year, the device is only available in two different versions with one having a 6GB+64GB memory configuration as well as a high-end version with 6GB+128GB setup. However, things have changed a little now. The Chinese company has announced a new model with 4GB+64GB configuration earlier today which will go on sale on November 11th later this week. 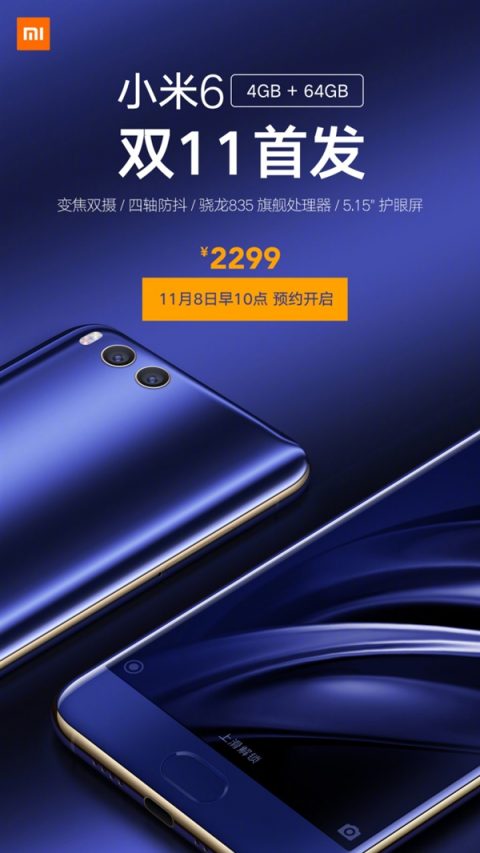 Other than having a reduced amount of RAM, the other specs remain similar as the other 2 models which include a 5.15-inches FHD display, Snapdragon 835 SoC, 12MP+12MP dual main snapper, 8 megapixel front-facing selfie cam, 3,350mAh non-removable battery to name a few.

Its good to know that on November 11th, the new Vivo Blue variant of the Vivo X20 flagship will on sale as well. Similarly, the OPPO R11s will also make its debut sales a day before the Single’s Day too.

Gionee Steel 3 Seems to Have Appeared on TENAA