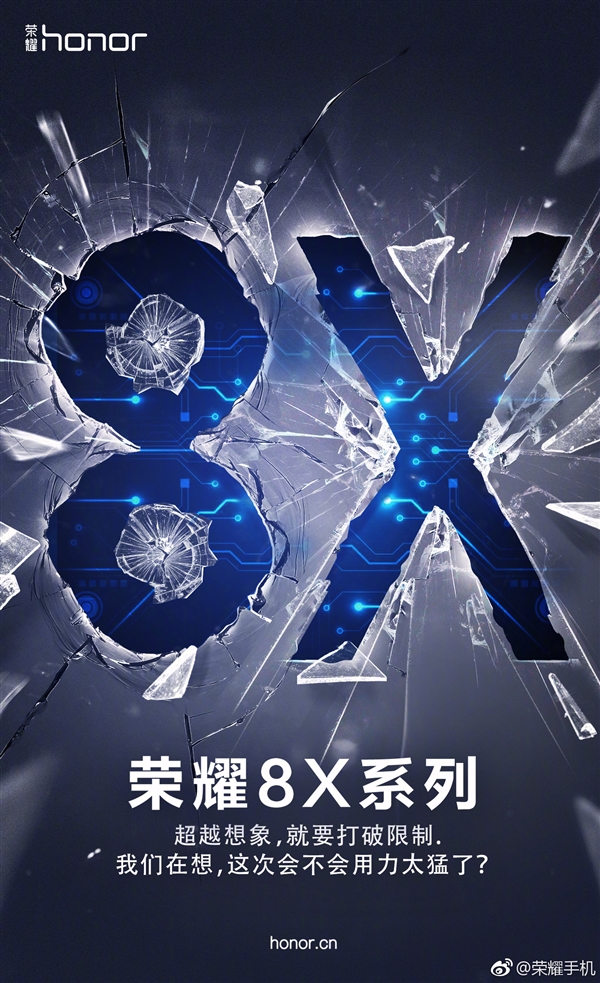 The above poster that confirms the existence of the Honor 8X does not contain any information on its key specs or launch date. The pieces of ice around the 8X in the above poster suggests that it could be equipped cooling technology like the Honor Note 10. After all, it is a huge phone that measures that houses 177.57 × 86.24 × 8.13mm with sufficient space inside despite housing a 7.12-inch waterdrop notched screen and 4,900mAh battery.

The display of the Honor 8X supports Full HD+ resolution of 2244 x 1080 pixels. The handset is speculated to be fueled by Kirin 710 SoC. The battery of the phone is expected to carry support for 18W fast charging. The other specifications of the Honor 8X include 4 GB of RAM, 64 GB of internal storage, Android 8.1 Oreo with EMUI skin, 16-megapixel + 2-megapixel dual camera and 8-megapixel frontal shooter.