Earlier in this month, a South Korean publication had revealed that the Huawei had ordered 6.9-inch S-AMOLED panels from Samsung Display. At that time, it was speculated that the Chinese firm may use it on the Huawei Mate 20 Pro that will debut later this year. However, a leaked photo that has surfaced on Weibo reveals that Huawei’s sub-brand Honor may use the 6.9-inch S-AMOLED display by Samsung on the upcoming Honor Note flagship. 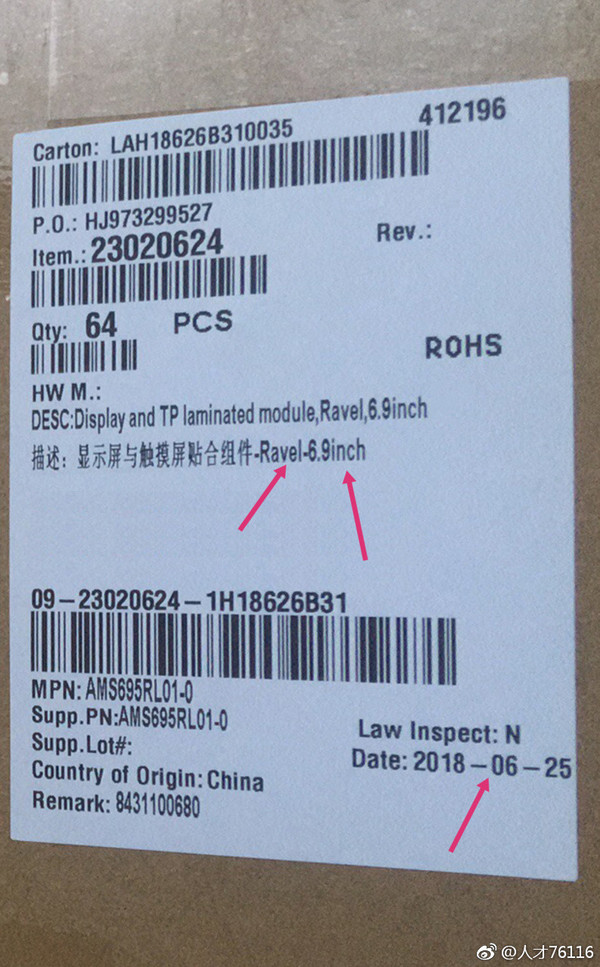 The above image suggests that an upcoming Honor phone that is codenamed as Ravel could be equipped with a 6.9-inch display. There is a possibility that the mysterious Honor phone that may feature such a huge display could be the Honor Note 10.
A recent Weibo post from Zhao Ming (also known as George Zhao), the President of Honor business had recently claimed that it has been using an Honor 10 flagship and a large screen Honor phone. It is being speculated that the latter could be the rumored Honor Note 10 phone with 6.9-inch AMOLED screen. 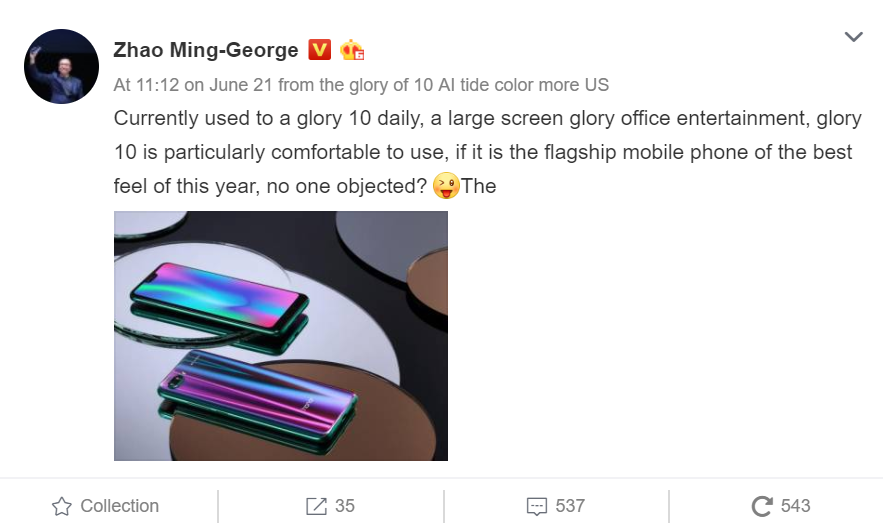 It is likely that the rumored Note 10 may feature the Kirin 970 SoC. It is very likely that the smartphone could be equipped with the newly introduced GPU Turbo technology.
Source