The Honor V10 is the second flagship phone after the Mate 10 series smartphones to feature the powerful Kirin 970 chipset. It has appeared on AnTuTu to reveal an impressive average benchmarking score of 165,587. 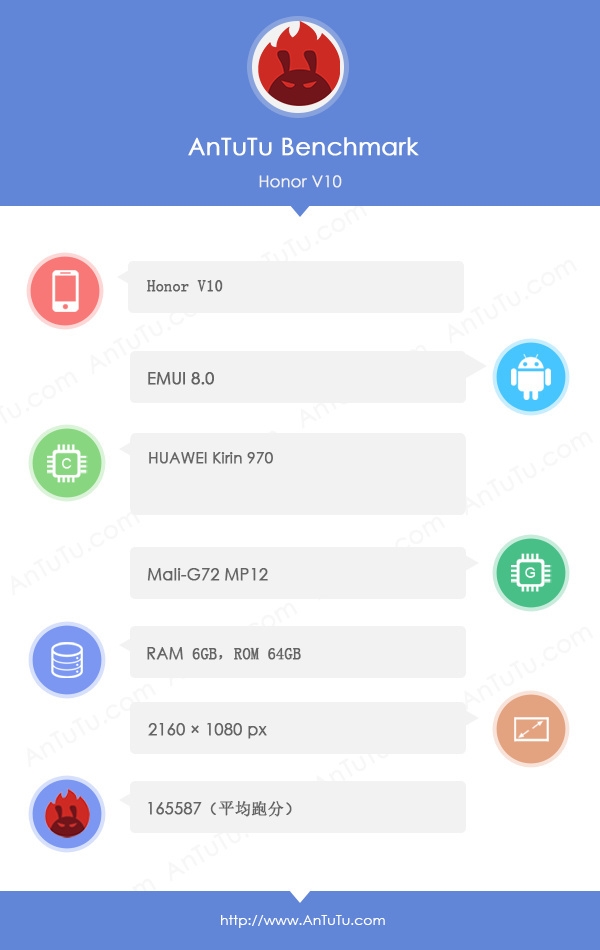 The AnTuTu listing of the phone shows that the benchmarks score belongs to the 6 GB RAM + 64 GB storage model of the Honor V10. The smartphone features 5.99-inch FHD+ display and it is running on EMUI 8.0 skinned Android 8.0 Oreo. The below image shows the top 10 best performing smartphones on AnTuTu benchmarks in October 2017. Apart from the iPhone 8 Plus and iPhone 8 that are powered by Apple A11 Bionic chipset, rest of the phones are driven by Qualcomm Snapdragon 835 chipset. 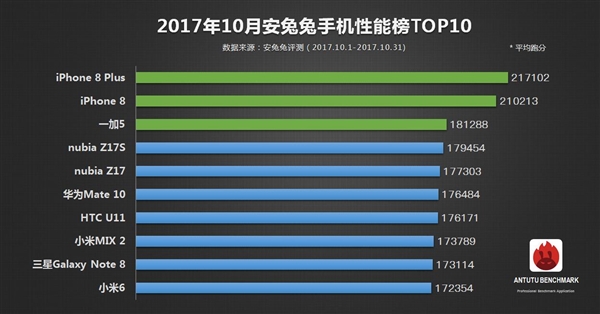 The Kirin 970 chipset driven Huawei Mate 10 can be seen sitting on the sixth spot with an impressive score of 176,848 which shows that the performance of the SoC is on par with SD 835. The Honor V10 has not made it to the top 10 list but it has managed to record a very competitive score.

Xiaomi Redmi 5, Redmi 5 Plus Appears on TENAA Before December 7 Launch