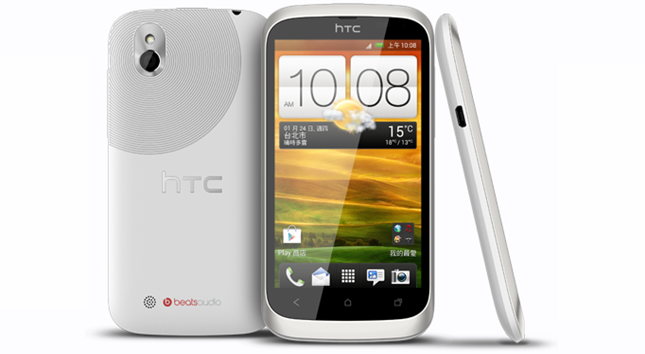 HTC has officially unveiled their latest HTC Desire U handset in Taiwan earlier today, although it doesn’t seemed to have capture much attention from the Android community due to it’s middling specifications. No doubt, the Desire U surely has one of the coolest design among it’s other siblings in the Desire family.

Moving on to its specifications, the Desire U boast a decent 4-inch  480×800 (WVGA) display which is rather common in the Desire family. Running on an unspecified 1 Ghz processor with a mere 512 MB of RAM, the Desire U isn’t a device many people may look at, since there are many more budget devices that have better specifications than this. As expected, the Desire U is also equipped with a modest 5 megapixels rear camera. Even though the Desire U is currently running on Android 4.0 Ice Cream Sandwich, but it is expected to receive the Jelly Bean update in the near future.

According to sources, the Desire U will have a price tag of around $275 which is rather expensive given it’s underwhelming specifications. As of now, we still have no information on weather the device will go on sale outside Taiwan. So what do you think about the Desire U?