HTC Exodus 1 blockchain smartphone has been announced by the company. The smartphone is packed with decent specs and runs on Android OS. It has a dedicated wallet where can safely store cryptocurrency.

The HTC Exodus 1 features a 6-inch LCD screen that supports Quad HD+ resolution and 18:9 aspect ratio. The Snapdragon 845 is the driving force of the smartphone. It has 6 GB of RAM and an inbuilt storage of 128 GB.

The 12-megapixel + 16-megapixel dual camera setup resides on the rear side of the phone. The phone is fitted with an 8-megapixel front-facing camera. It runs on Android Oreo OS and it packed with a 3,500mAh battery. 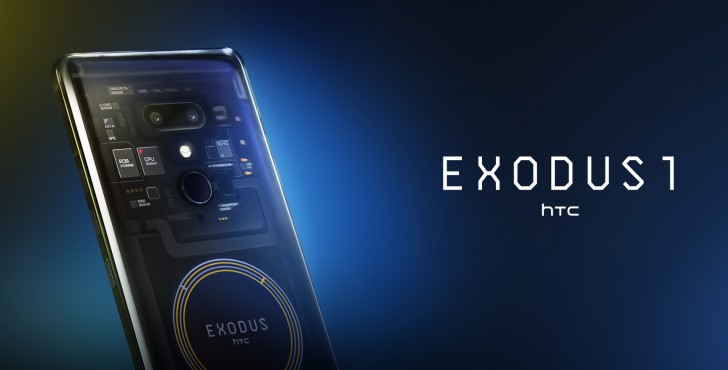 The Zion cryptocurrency wallet is available on the device. In case the phone is lost, there is Social Key Recovery feature that provides a way to choose trusted people to come together to remake the private key. Apart from the Zion cryptocurrency wallet, the handset also carries support for running decentralized apps called dApps which means it is a very secure device and cannot be tempered with.

The pre-orders of the HTC Exodus 1 have begun in multiple regions such as the U.S., Taiwan, Hong Kong, Singapore, New Zealand, the U.K and some European nations.  It carries a cryptocurrency pricing of BTC 0.15 or ETH 4.78. Its official sales are slated to begin in December.