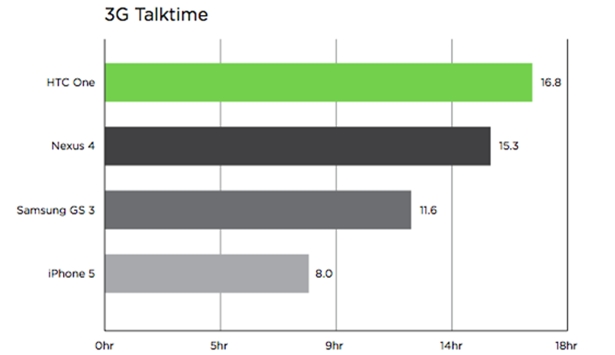 Believe it or not, the HTC One has became the top scorer of a battery endurance tests done by Expert Reviews. Apparently, the HTC One is able to support a 3G talktime of up to as long as 16.8 hours – which obviously outclass that of the Samsung Galaxy S3 as well as iPhone 5. Besides the incredible talktime it provides, the HTC One can also support a stunning 8 hours and 32 minutes of video playback on the device itself, thanks to the 2300 mAh onboard battery. If it still doesn’t seems WOW you, please remember that you’re actually playing a video on a 1080p Full HD diaplay.

So for those who’ve been considering the HTC One, but is afraid of the miserable battery life from HTC – fear not, this will no longer be a problem for the One.