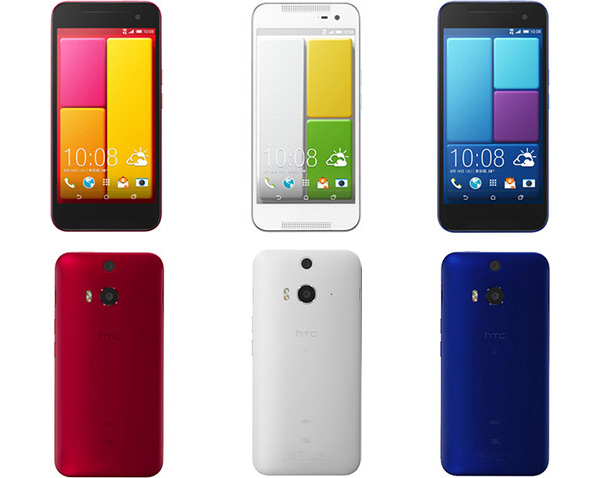 Japanese carrier KDDI has finally announced the new version of the HTC J Butterfly, which seems to be based on the latest One M8 flagship – but with some slight differences between them.

First and foremost, the J Butterfly is built on a plastic body, which doesn’t make it as stylish as the One M8 which has an aluminum body on top.  However, its good to know that this plastic body has been IPX7 rated, which means it’ll be waterproof this time round unlike the One M8. Sad to say, HTC has sacrificed the BoomSound speakers on the J Butterfly, but in turn compensate it with a JBL in-ear headset for their users.

Next, HTC has changed the 4 Ultrapixel duo camera at the rear to a 13MP duo sensor which is similar to those found on the One M8 which has been rather impressive I would say.

Other than that, the HTC J Butterfly has rather similar spec sheet as the One M8 which include a 5-inch FHD display, Snapdragon 801 chipset, 2GB of RAM, 32GB onboard storage, 5MP shooter at the front, 2,700mAh battery as well as Android 4.4 running out of the box. Its good to know that this device support the HTC’s Dot View casing as well.

According to reports, the J Butterfly will be available starting late August next month.

How to root Kingzone K1 using the Framaroot app