We all know that Motorola will be holding an official launch event in China on September 6 to unveil their latest Moto Z as well as Moto Z Force handsets according to their Weibo page. 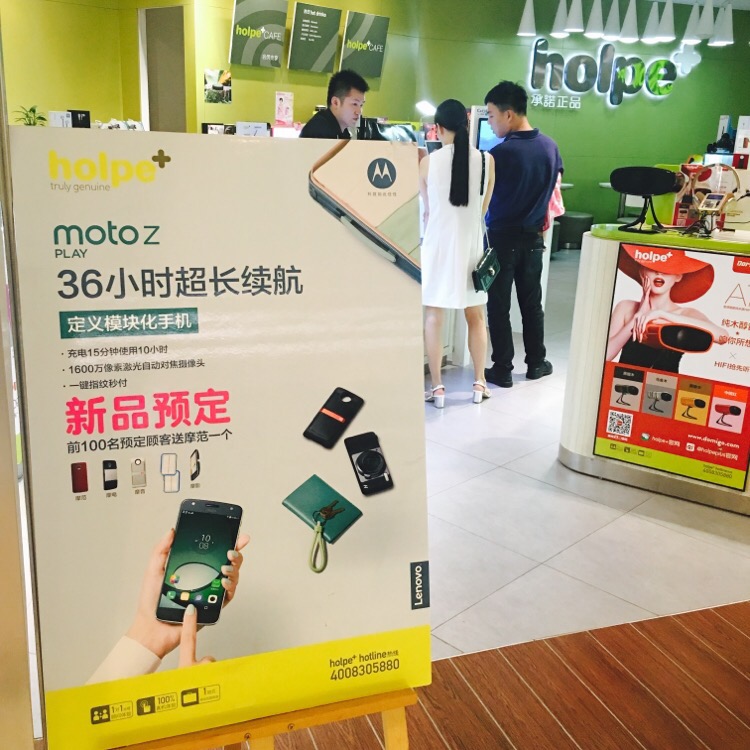 Today, a Weibo user has apparently snapped a picture of a promotional board for the unannounced Moto Z Play outside of a Holpe retail shop in Chengdu, China. While we’re not exactly sure about this, but rumors suggested that the Moto Z Play could possibly be announced alongside the Moto Z and Z Force during the upcoming September 6 event. Even if the device failed to make its debut during this event, we’re pretty certain that its release date is imminent as Chinese retailers has already begin their promotional campaign for the device.

Just in case you missed out, you can check out the Moto Z Play leaked images here and here.

Huawei Honor 8 is now on sale in the US