Motorola has confirmed that it would be holding an unveil event on July 25. Speculations have been claiming that the Moto Z2 flagship would be getting unveiled on the said date. Now, the official website Motorola China has posted an image of the Moto Z2 which confirms that the flagship will indeed get unveiled on July 25 along with new MotoMods. 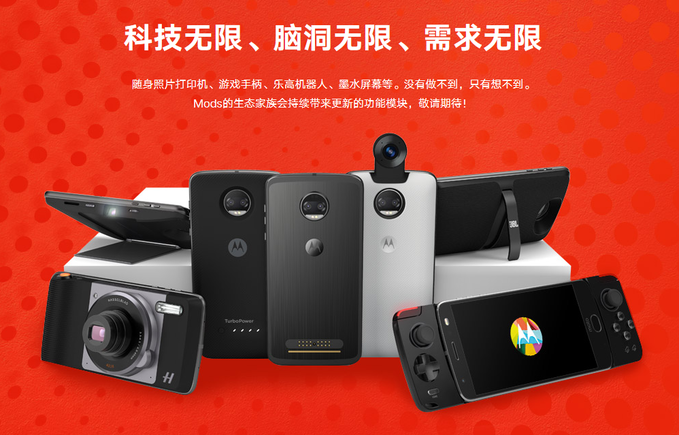 As It can be seen above, the Moto Z2 can be seen sitting at the center in three color variants like black, dark grey (or silver) and white. A couple of MotoMods such as the rumored Hasselblad True Zoom Camera, Portable Photo Printer, Turbo Power Battery Case Mod, 360 Camera, JBL Speaker and the GamePad can be also seen in the image.