Chinese manufacturing giant, Xiaomi, has its own custom skin (MIUI) built on Android’s operating system. This operating system is as old as the company itself and since its inception, there has been a lot of changes and upgrading that has made its performance better. Recently, Xiaomi announced the 367th-week update for its MIUI custom ROM. There were numerous minor modifications and additions in this update but the main point of attraction is the Face Unlock feature which it brings to two of Xiaomi’s flagships – Xiaomi Mi 6 and Mi MIX 2. 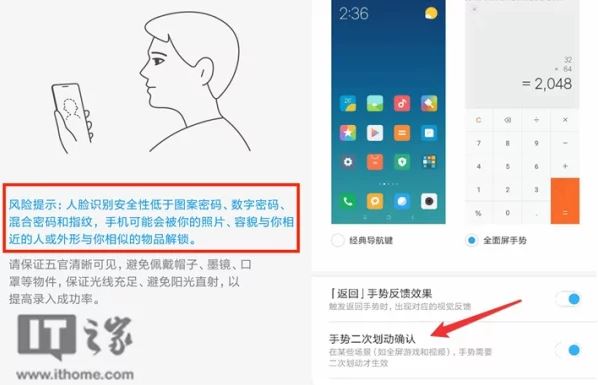 Don’t get too excited because there is a catch to this feature. This feature simply uses the front camera to detect certain facial qualities like skin color and wrinkles to unlock a device thus someone who has the same facial geometry as you will easily unlock your device. In terms of security, this feature is far behind iris recognition or 3D facial recognition. In fact, a good image of you can be used trick the facial unlock feature. An official of the company suggests that the conventional pattern password, number password, mixed password, and fingerprint lock is still more trustworthy than this new facial unlock feature. If this feature is this weak, then the company just added it to these smartphones as a sign that it is working on something bigger and better.

Users of Xiaomi Mi 6 and Mi MIX 2 will receive an OTA update and after installing the update, head to “Settings”, then “lock screen, password, and fingerprint” and then “Add face data” to utilize this feature.

Upcoming HTC Desire 12 Plus to come with 18:9 fullscreen display