Nokia is rumored to debut its second batch of smartphones for this year. One of them would be an entry-level smartphone called Nokia 2. Early speculations have revealed that it will be coming Snapdragon 212 and MediaTek processor variants for different regions. It seems that the arrival of the smartphone is drawing near as the Finnish company has started testing the phone. It is now allegedly appeared on Geekbench benchmarking platform. 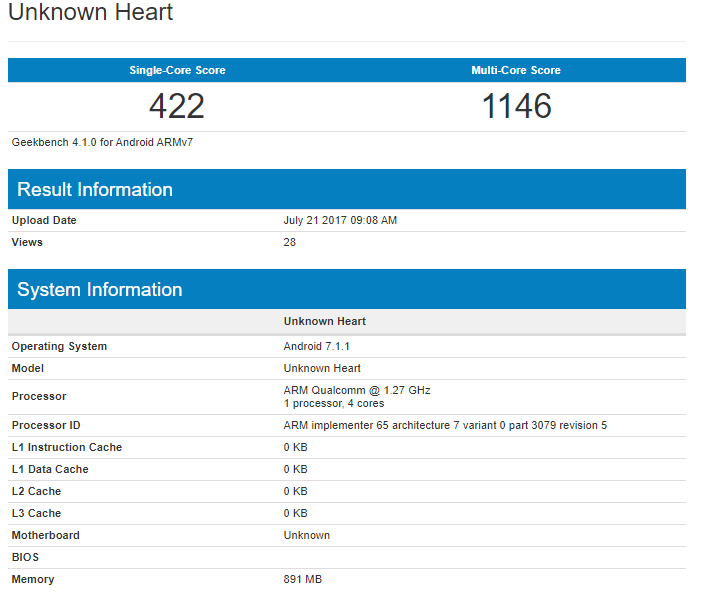 As it can be seen above, a mysterious phone mentioned as Unknown Heart has appeared on Geekbench with low single-core and multi-core results. This phone is speculated as the upcoming Nokia 2 entry-level phone from the Finnish company. 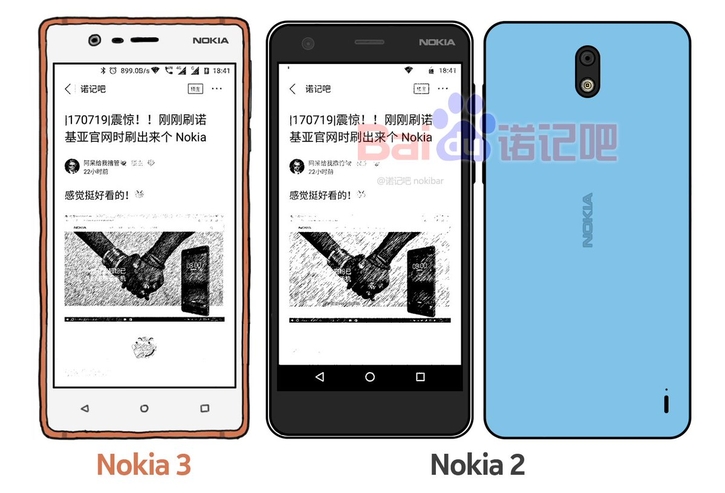 The Unknown Heart is driven by 1.27 GHz quad-core processor from a chipset belonging to Qualcomm. This chipset could be the Snapdragon 212 processor that can record a maximum processing speeds of up to 1.3 GHz. The SoC of the Unknown Heart is accompanied by 1 GB of RAM.  Other rumors have revealed that the Nokia 2 would be coming with a 5-inch HD screen with on-screen buttons and it won’t be featuring a fingerprint scanner. Its dimensions will be slightly smaller than the Nokia 3.