The Nokia X7 smartphone is scheduled to go official in China on Oct. 16. A fresh render of the smartphone that reveals its appearance from all angles have surfaced on Weibo. Moreover, the leak has also revealed the release date and pricing of the smartphone.

The Nokia X7 that is likely to be called Nokia 7.1 Plus outside of China is fitted with a 6.18-inch IPS LCD screen that delivers Full HD+ resolution of 2246 x 1080 pixels. The Snapdragon 710 chipset is rumored to be present under the hood of the device. The TENAA listing of the phone has revealed that it will be coming in two variants like 4 GB RAM + 64 GB storage and 6 GB RAM + 128 GB storage. 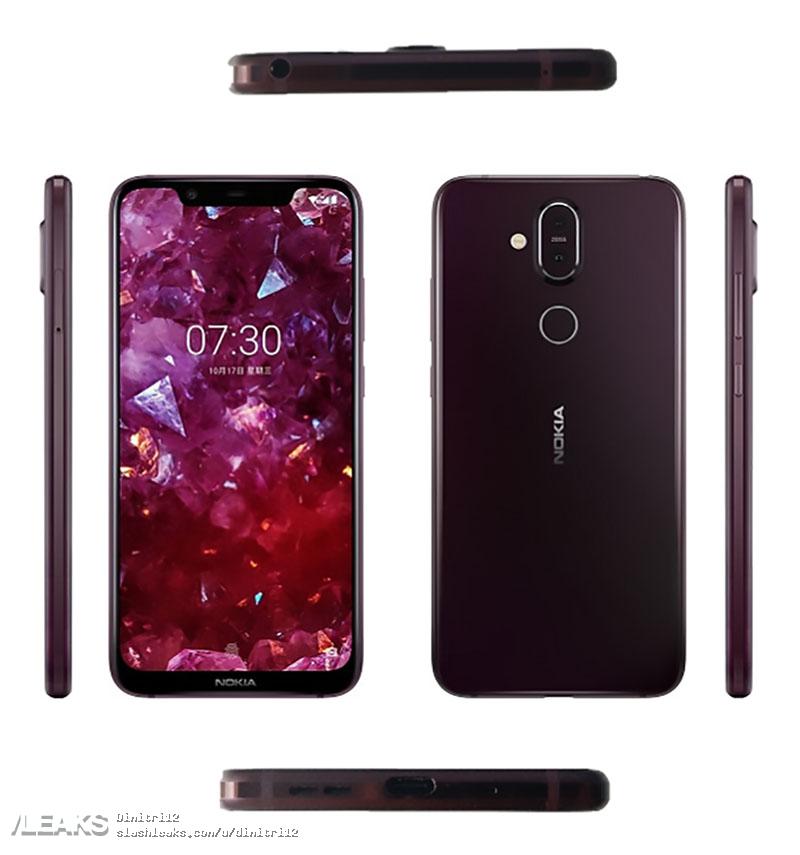 For photography, the Nokia X7 is expected to feature 13-megapixel + 12-megapixel dual camera setup. It is likely to arrive with a front-facing camera of 20-megapixel. The top edge of the phone features a 3.5mm audio jack. A USB-C slot and an external speaker are present on the bottom edge of the device. It is packed with a 3,500mAh battery.

After getting unveiled on Oct. 16, the Nokia X7 will be hitting the Chinese markets on Oct. 23. The 128 GB storage + 6 GB RAM edition of the smartphone is expected to be priced at 2,699 Yuan pricing