OnePlus 5 flagship killer has been officially introduced. It has arrived 7 months after the Chinese firm had released the OnePlus 3T flagship phone in November 2016. It is one of the most powerful smartphones available it is powered by the highly potent Snapdragon 835 chipset and the highest amount of RAM as it features 8 GB of RAM. Moreover, it is also equipped with dual rear cameras.

The OnePlus 5 comes in two models. The 64 GB OnePlus features 6 GB RAM and is available in Slate Gray color. The 128 GB OnePlus comes with 8 GB RAM and comes in Midnight Black color.

It is already available for pre-orders in the U.S. One needs to hit the “Early drop” button available at the top-right side of the OnePlus.net website. It will lead users to a landing page where the user needs to enter a code “Clearer Photos” that will let users to pre-order it. 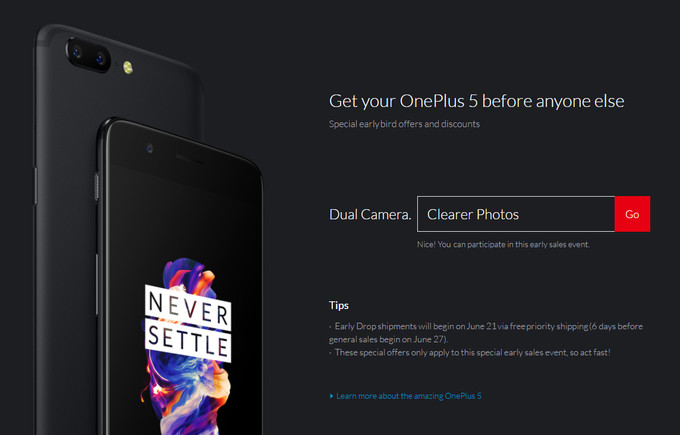