OnePlus 5 is the slimmest smartphone from the company as it measures 7.25mm in thickness and its weight is 153 grams. It has metal unibody design. The 64 GB OnePlus comes in Slate Gray option whereas the 128 GB OnePlus can be bought in Midnight Black edition. As far as appearance is concerned, it appears a mix breed of iPhone 7 Plus and OPPO R11. It is said that after considering 100 design variants, the current design was finalized for OnePlus 5. 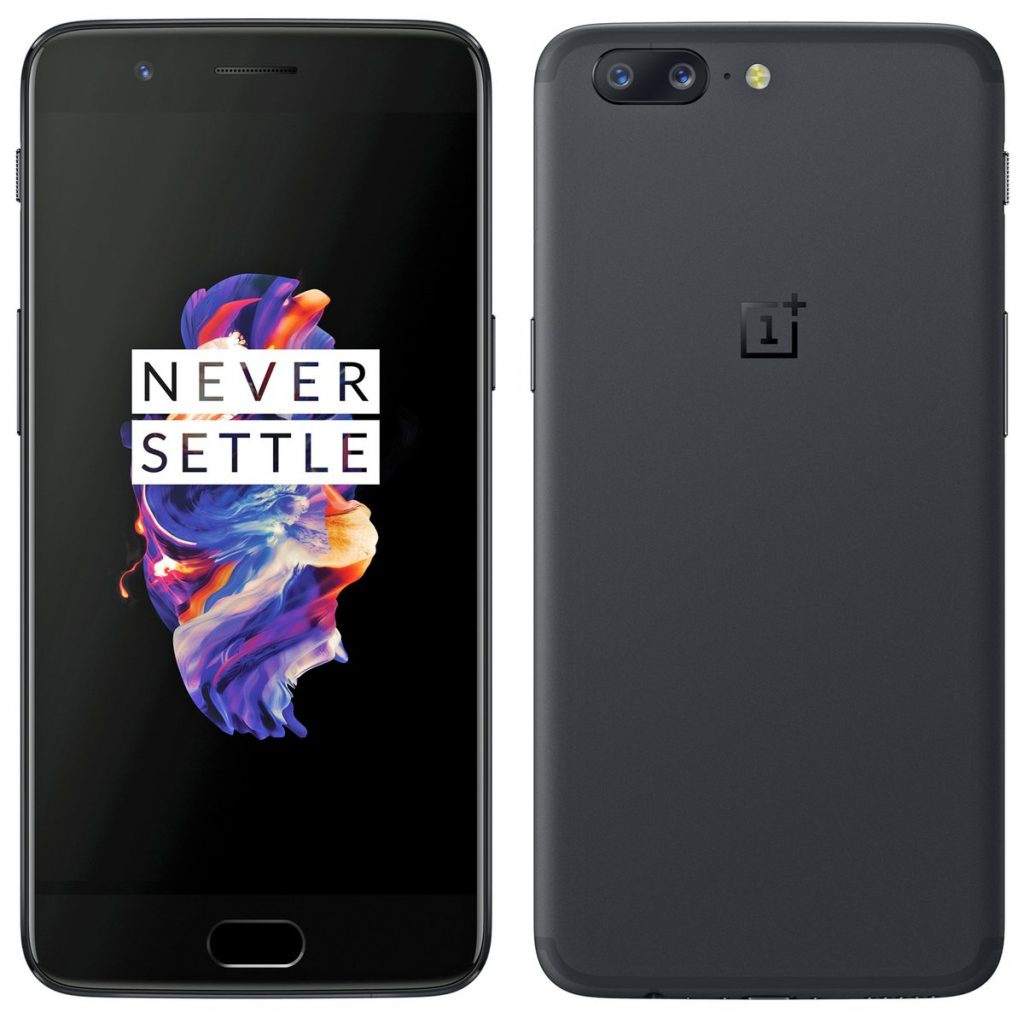 OnePlus 5 comes with a 5.5-inch Optic AMOLED screen that delivers FHD resolution of 1,920 x 1,080 pixels. It supports DCI-P3 color space and offers a screen-to-body ratio of 73 percent. It is shielded with Gorilla Glass 5.

The Snapdragon 835 chipset is present under the hood of OnePlus 5. The 64 GB storage model of OnePlus 5 has 6 GB of RAM and the 128 GB edition features 8 GB of RAM. OnePlus has used LPDDRX RAM and UFS 2.1 storage on OnePlus 5. It is loaded with Android Nougat OS flavored with the newest OxygenOS. Its other features include ceramic cover fingerprint sensor below the display, USB Type-C, 3.5mm audio jack, NFC, Bluetooth 5.0, Cat. 12 LTE modem, and dual band Wi-Fi.

OnePlus has worked with DxOLabs to feature a dual lens on the backside of OnePlus 5. It features a 16-megapixel IMX398 sensor with f/1.7 aperture and a 20-mgeapixel IMX350 telephoto lens with f/2.0 aperture. It is enabled with features like dual-LED flash, EIS and 2x optical zoom. The front-facing 16-megapixel camera is also enabled with EIS. The 3,200mAh battery is coupled with Dash Charge rapid charging feature.