After months of leaks, Oppo also started teasing the Oppo R11 by releasing its commercial. Today, the Chinese firm has officially confirmed that the Oppo R11 will be launched on June 10. The unveil event will be held at Shenzhen University Center, China. Here is the official tweet: 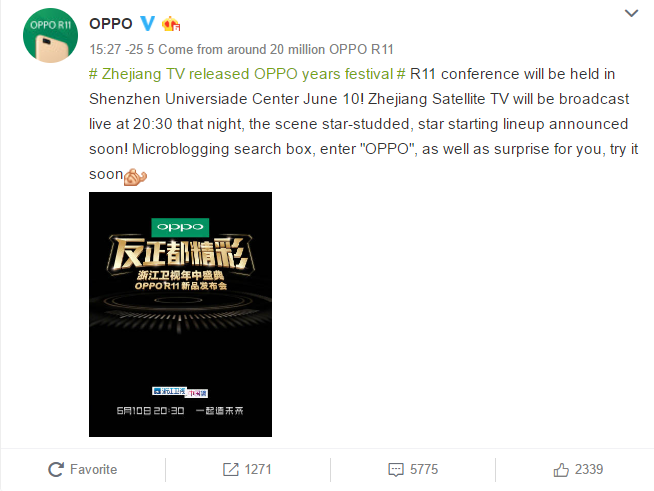 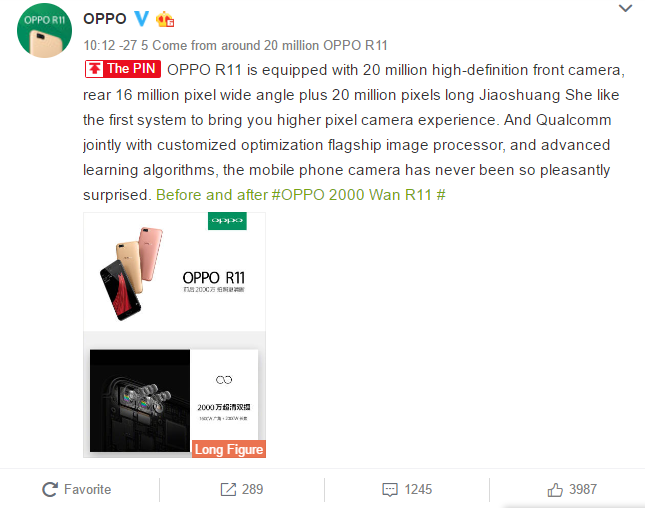 Also, in the above tweet, Oppo has also confirmed that R11 will be equipped with dual rear cameras that will include a 16-megapixel wide angle sensor + a 20-megapixel sensor. The company has also revealed that the Oppo R11 will be sporting a front camera of 20-megapixel. The Oppo R11 which is expected to get unveiled alongside it is also speculated to come with the same set of cameras at the front and rear. 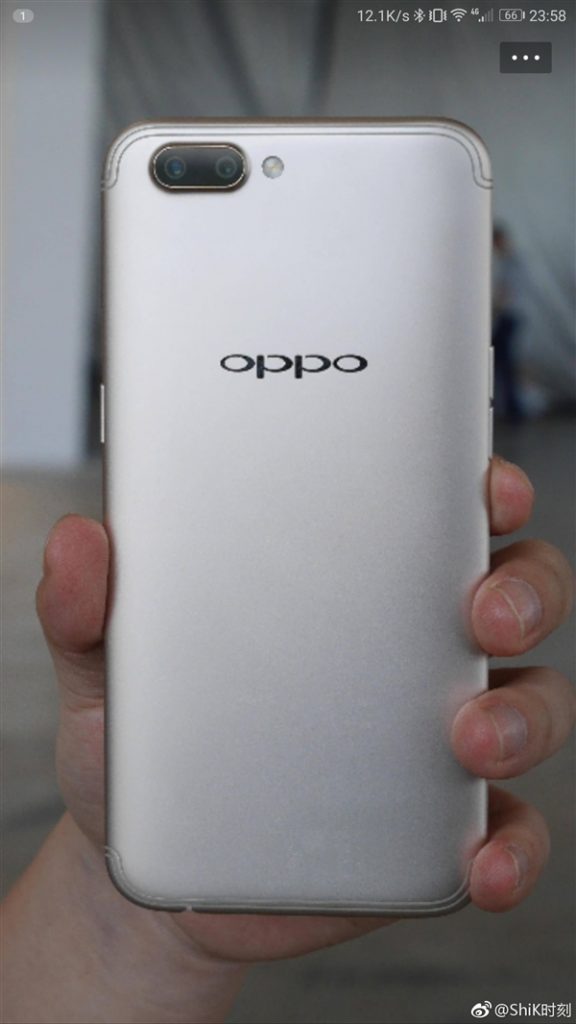 A Chinese leakster has revealed several leaked posters to expose the specifications of Oppo R11 and Oppo R11 Plus. Both the smartphones will be powered by Snapdragon 660 chipset and an internal storage of 64 GB. 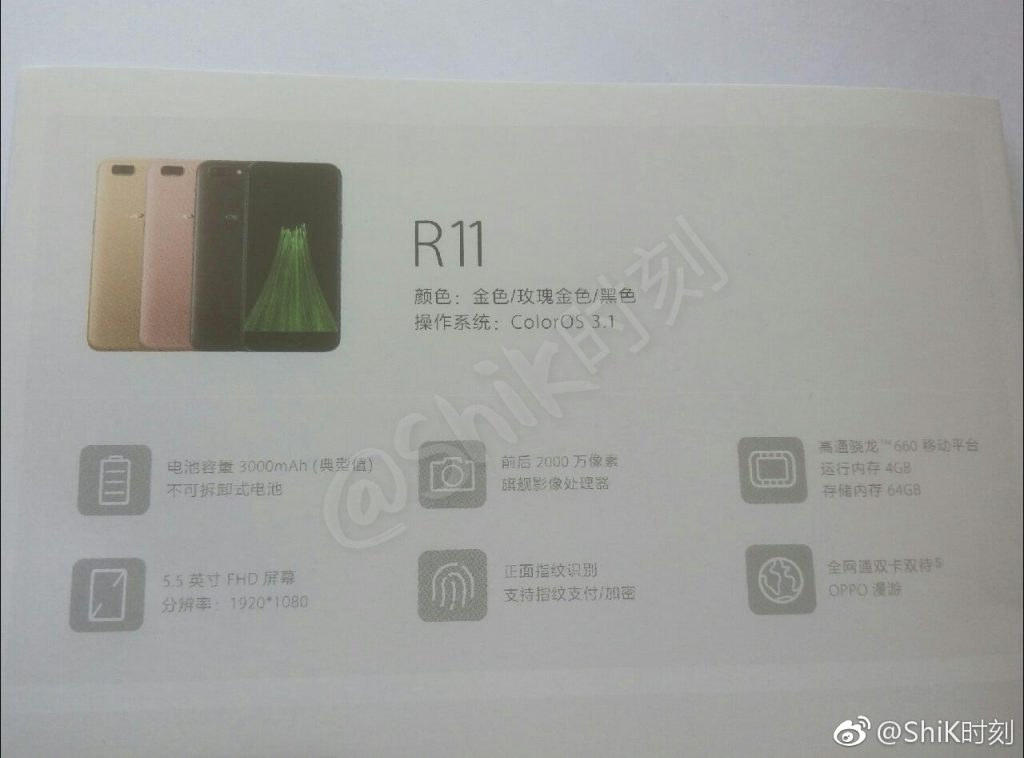 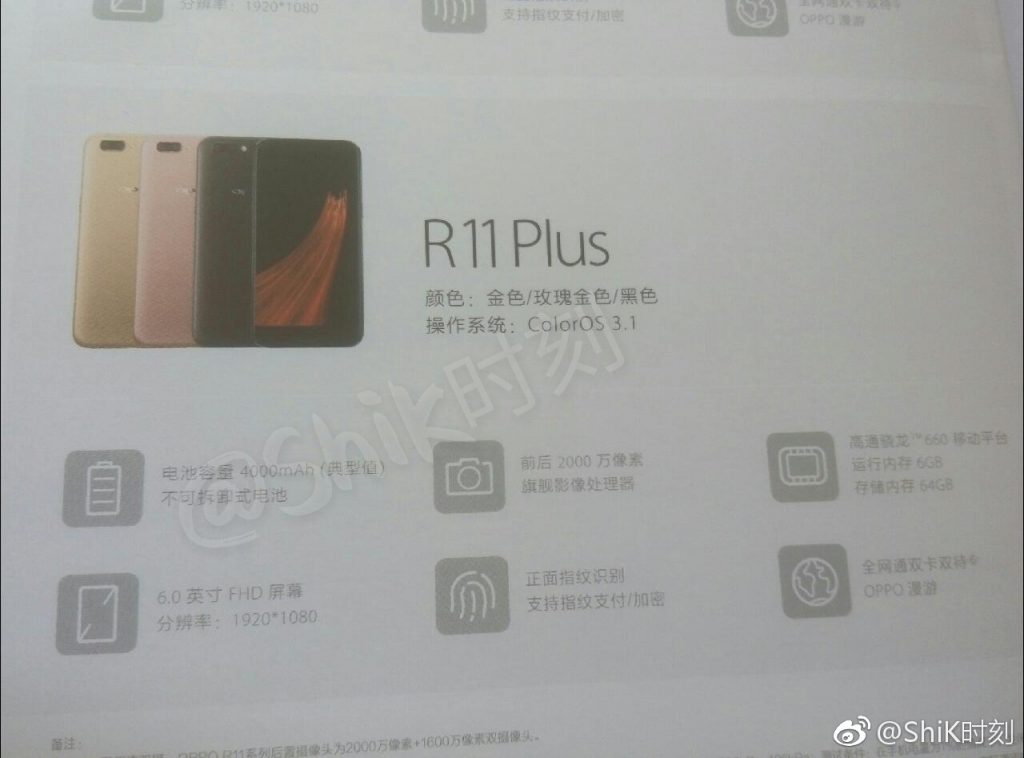 Xiaomi Mi 6c in Works after all? Specs Leaked on GFXBench