Xiaomi’s CEO Lei Jun has confirmed on his Weibo post earlier today that French designer Philippe Starck will continue to design the upcoming Xiaomi Mi Mix 2, following the success of the company’s first-ever concept phone. This is definitely be a great news to all the Mi Mix fans out there, as we could expect the second generation’s to be featuring the same design philosophy of a sleek borderless display, coupled with a fine finishing along its edges. 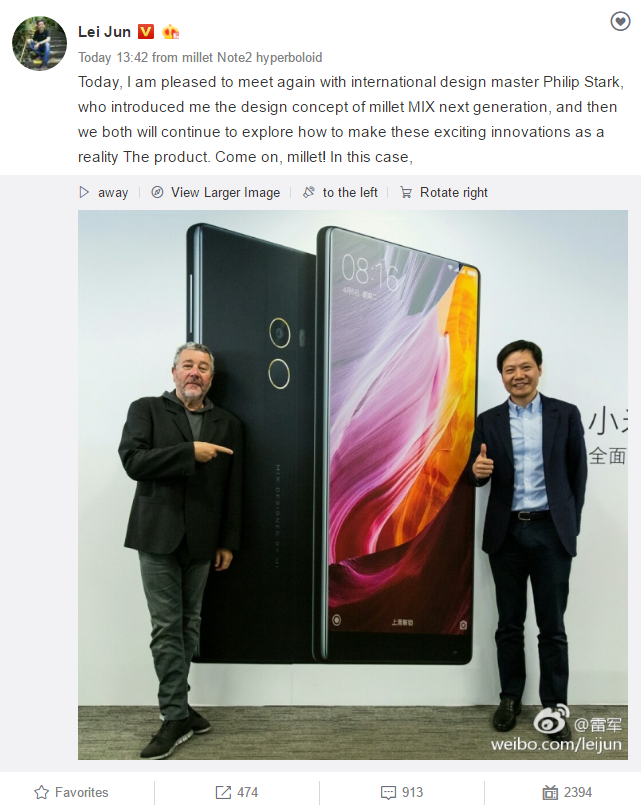 According to reports, the Mi Mix 2 will no long be a limited production handsets unlike the current Mi Mix which was allegedly limited to just 10,000 units for sale each month. This could possibly explains why the device was always sold out in less than a minute during their previous flash sales, which significantly bumped up its resale price as other diehard Mi Mix fans sought to get one for themselves.

Just in case you’d missed out, the Xiaomi Mi Mix is now available in White as well.