In less than 24 hours after it was officially unveiled, the highly anticipated Meizu M5S has already scored more than 4.25 million registrations before its first flash sale kicks off on February 20th next week. 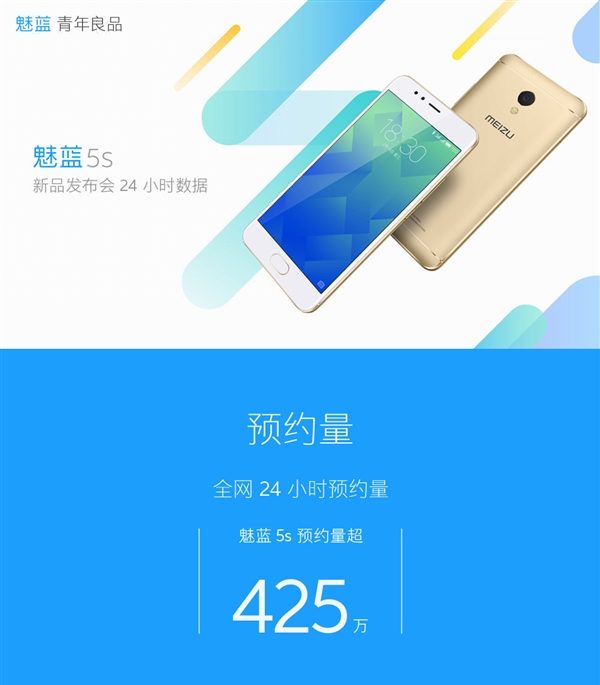 The Meizu M5S comes with a 5.2″ IPS display which is powered by a 8-cores MT6753 SoC along with 3GB of RAM as well as 16GB/ 32GB internal storage space under its memory compartment. Other key specs include a 13MP main snapper at the back, which is paired with a 5MP front-facing camera for selfies and video calling purposes. A 3,000mAh battery is also available to keep its lights on for a decent amount of time.