Samsung is now rumored to debut the Galaxy Note 8 flagship phablet at the end of August. Today, a leaked video showing the front panel that reportedly belongs to Galaxy Note 8 has appeared. The short clip that last only for 25 seconds not only shows the front panel but also it reveals the screen protector for the phablet.

As it can be seen in the video, the front panel of the alleged Note 8 appears similar to the Galaxy S8 as it features full-screen design and very slim bezels on the left and right sides of the screen. Rumors have it that the Galaxy Note 8 would be coming with 6.3-inch screen that will support QHD+ resolution like the Galaxy S8 duo. The leaked front panel video suggests that the Note 8 may offer a screen-to-body ratio of over 84 percent. 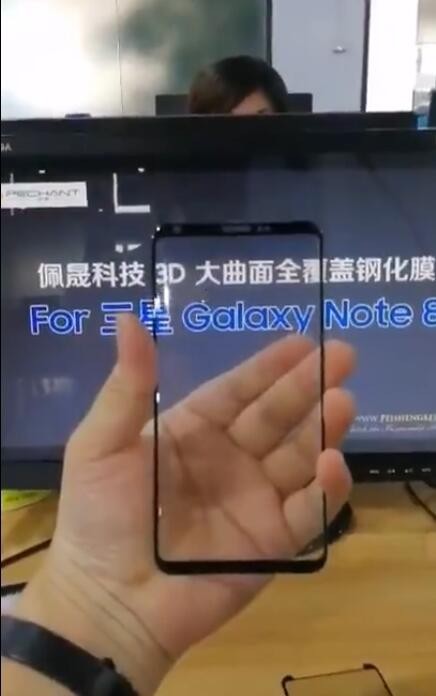 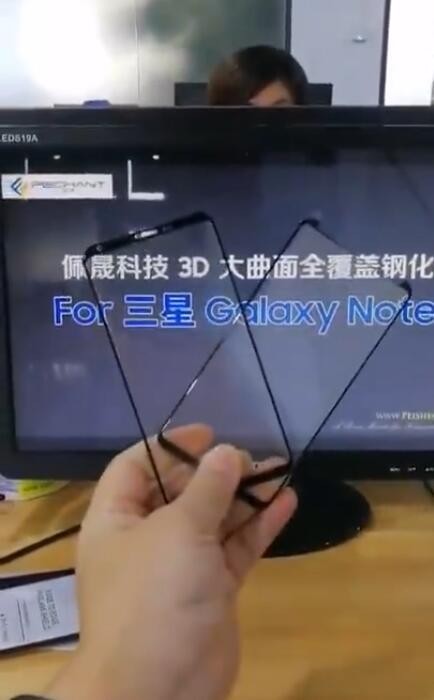 The top bezel which is also thin has cutouts for the selfie camera, earpiece and some other sensors. The bottom bezel is almost same as the top bezel and it is unlikely to house a fingerprint reader. Hence, it appears that the fingerprint scanner will be embedded under the display of the phone.