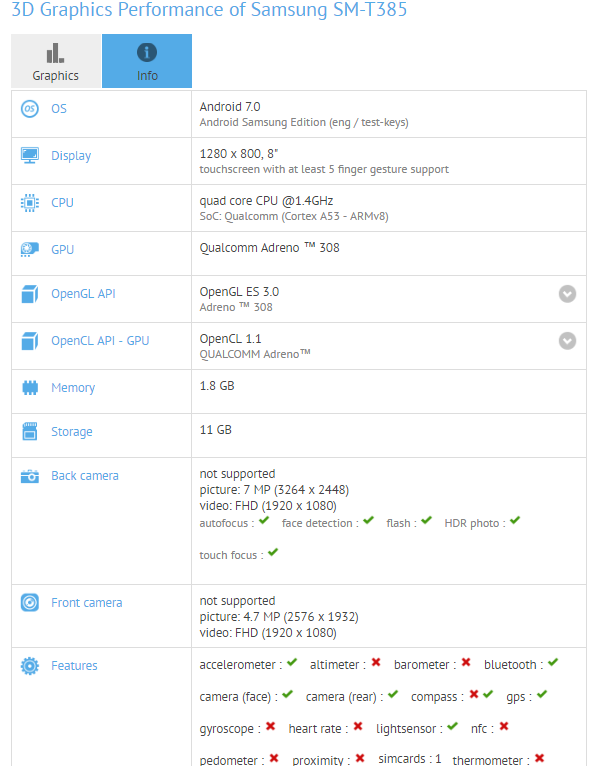 It features Adreno 308 graphics which indicates that the device is powered by Snapdragon 425 SoC featuring quad-cores of Cortex A53 processors. It is expected to deliver a processing speed of up to 1.4 GHz. It is coupled with 2 GB of RAM. The native storage of the tablet is 16 GB. It may come with an external storage slot. The device is running on Android 7.0 Nougat. It features a rear camera of 8-megapixel with flash and autofocus. It supports full HD video recording. The front-facing camera of the alleged Galaxy Tab A 8.0 (2017) also supports full HD recording. 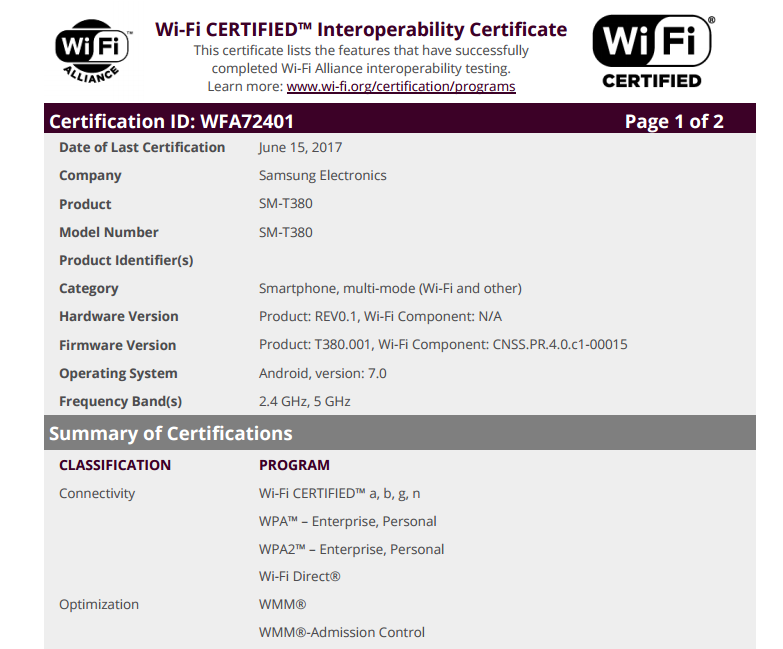 According to well-known leakster, the SM-T385 could be the LTE variant and there would be another model SM-T380 that may probably come out as Wi-Fi only device. The model SM-T380 has received Wi-Fi certification. Hence, the tablet is speculated to launch soon.