Recent reports have revealed that the Samsung Galaxy Tab S4 is an upcoming tablet from the company. Those reports have also a lot of details on the tablet, but its appearance has remained under the wraps. Earlie today, Android Headlines shared a render of the upcoming Galaxy Tab S4. The image reveals that the rear design of the tablet will be almost identical with the predecessor model. However, the front design of the tablet has received a makeover.

It is speculated that the Galaxy Tab S4 could be sporting a larger display that measures 10.5-inch diagonally. The bezels of the Tab S4 seems to be slightly reduced in order to house a larger screen. As far as measurements are concerned, the size of the Tab S4 may not be very different from the predecessor model. 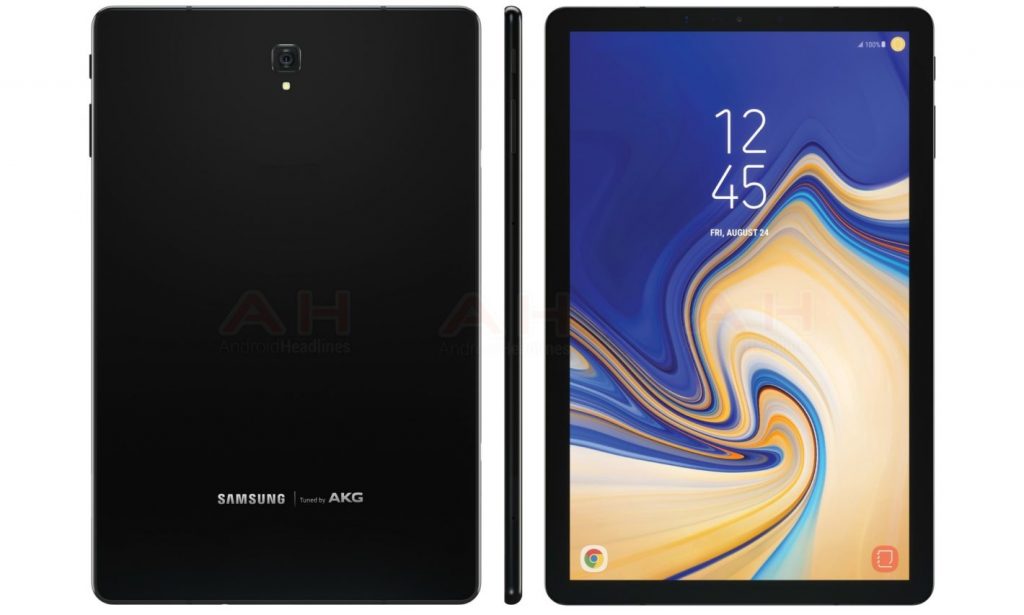 There is no home button on the device. Hence, the device is unlikely to feature a fingerprint reader. It seems that the tablet could be equipped with on-screen buttons that was first on the original Galaxy Tab S device. The top bezel of the tablet seems to be housing five sensors. One of them could be an iris scanner for security.

The rear design of the Galaxy Tab S4 is quite similar to the Galaxy Tab S3 as it features a single camera. It is pegged to debut at the IFA 2018 in September with specs like Snapdragon 835, 4 GB of RAM, 64 GB of native storage and 7,300mAh battery.