By launching the Xiaomi Mi MIX concept phone in 2016, Xiaomi astonished the smartphone industry with its amazing full screen design. Since then numerous popular and lesser-known smartphone makers have launched phones similar to the original Mi MIX. In 2017, Xiaomi followed it up with Mi MIX 2 and made it available to wider audience across the globe. An updated edition of the smartphone was launched as Mi MIX 2S this year. Rivaling brands like Vivo and Oppo have upped the competition by launching Vivo NEX and Oppo Find X phones that offer higher screen-to-body ratio. Hence, the rumor mill is speculating that the upcoming Xiaomi Mi MIX 3 will be sporting a higher screen-to-body ratio than the predecessor models. Earlier this week, fan-made Mi MIX 3 renders had appeared on Weibo. The renders had revealed that the smartphone would be arriving with pop-up selfie camera. Today, an image revealing the design of the Mi MIX 3 phone has appeared on the Chinese social networking site. It also suggests that the phone could be equipped with a pop-up front camera. 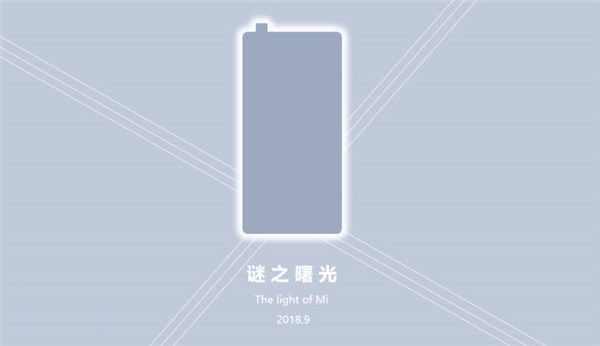 In 2015, Xiaomi had filed a patent for a smartphone design with pop-up camera unit which also includes a flash. Hence, the Mi MIX 3’s pop-up camera setup is also speculated to feature an LED flash.