The rumor mill is steadily revealing leaked information of the Xiaomi Mi MIX 2 that is speculated to launch next. The alleged design of the Mi MIX 2 has been already hinted by revealing a concept model of the phone. A mysterious full-screen smartphone that appears similar to the original Mi MIX has appeared on Xiaomi’s official site for eco-intelligent air conditions. It seems that it could be a render of the Xiaomi Mi MIX 2. 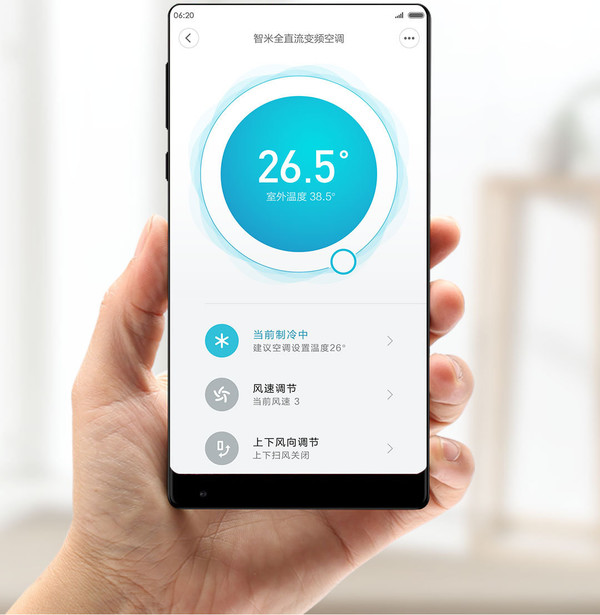 The Xiaomi Mi MIX is speculated to debut next month with a pricing of 4,999 Yuan and it will be driven by Snapdragon 835. It is expected to arrive two variants like in 6 GB RAM / 128 GB storage and 8 GB RAM / 256 GB storage.