Back in November last year, Vivo announced their new 5.46″ Vivo Xplay6 monster that comes with an incredibly powerful specs under the hood which include a 6GB+128GB memory configuration. 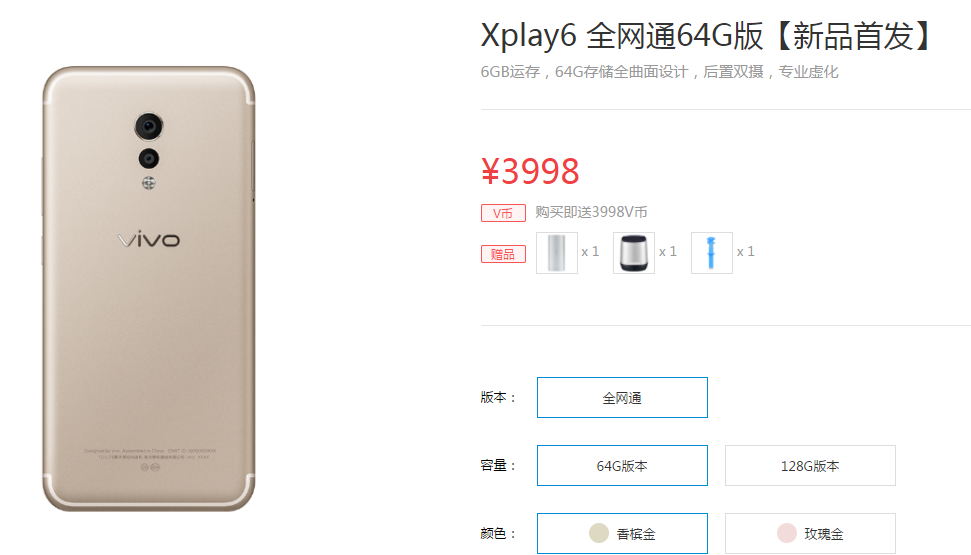 Today, a slightly watered-down version of the device had apparently been put up for sale on Vivo’s official online store. This device has all the similar specs as the current version, except a reduced storage space of 64GB, down form 128GB.

Needless to say, the 64GB variant will also come with a lower price tag of 3,998 Yuan which is 500 Yuan cheaper than the current model which stood at 4,498 Yuan. If you’re interested, other key specs of the device also include a Super AMOLED display, Snapdragon 820 SoC, 12MP+5MP dual-camera setup at the back, 16MP front-facing camera, 4,080mAh non-removable battery as well as Android 6.0.1 running out of the box.

OnePlus 5 confirmed to be coming with Snapdragon 835 SoC