Xiaomi had introduced its Surge S1 chipset on Xiaomi Mi 5C smartphone this year in February. Initial rumors have claimed that the Surge S2 will be present under the hood of the forthcoming Xiaomi Mi 6C smartphone. A render of the alleged phone has appeared.

The render of the smartphone suggests that it would be featuring the same glass and metal combination chassis. However, previous rumors have claimed that it will be coming with a metallic body. The handset can be seen sporting slim bezels, but retains the Home button below the display. 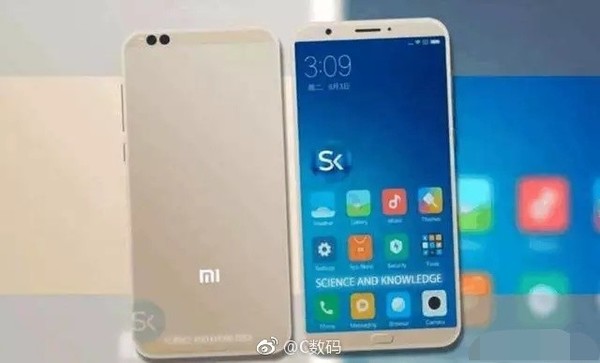 The Surge S2 that is rumored to feature four cores of 2.2 GHz Cortex A73 and four cores of 1.8 GHz Cortex A53 along with Mali-G71MP12 is speculated to power the Mi 6C. It may carry support for LPDDR4 RAM and eMMC 2.1 storage. The Xiaomi Mi 6C will be a midrange edition of the original Mi 6 flagship phone.

The Mi 6C is likely to sport the same 5.15-inch FHD display available on the Mi 6. The leaked image shows that the Mi 6C will also feature dual rear cameras. Fresh information suggests that it will be available with a starting price of 1,699 Yuan (~$258).

Mysterious Meizu M5X has been spotted on Geekbench, could be the Meizu X2