Rumors have it that the Xiaomi Mi 6 flagship would be announced on April 16.  The Chinese manufacturer is expected to hold a launch event later this month to announce an upgraded version of Xiaomi Redmi Pro that is dubbed as Xiaomi Redmi Pro 2 by the rumor mill. 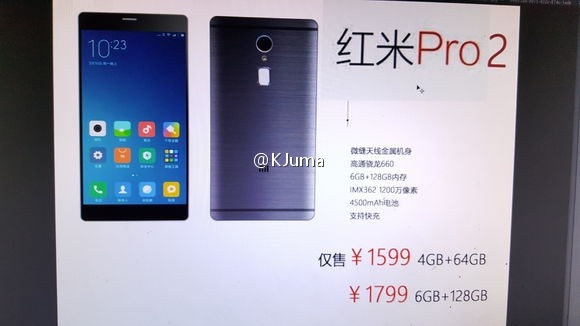 Speculations are rife that the smartphone Redmi Pro 2 would be fueled by Snapdragon 660 chipset and 16-megapixel main camera.  The first-generation Redmi Pro has a dual rear camera. Newer information also suggest that it could be powered by MediaTek Helio P25 SoC. and a pair of 12-megapixel camera on the rear.

Like the predecessor model, it is speculated to house a 5.5-inch full HD screen. It is rumored to house a 4,500 mAh battery.

Oppo R9S will come with a new greenish hue