The wait is finally over for all the Nubia fans out there! Earlier today, ZTE has released a teaser which confirmed that the Chinese company will be unveiling the much anticipated Nubia Z11 handset tomorrow. 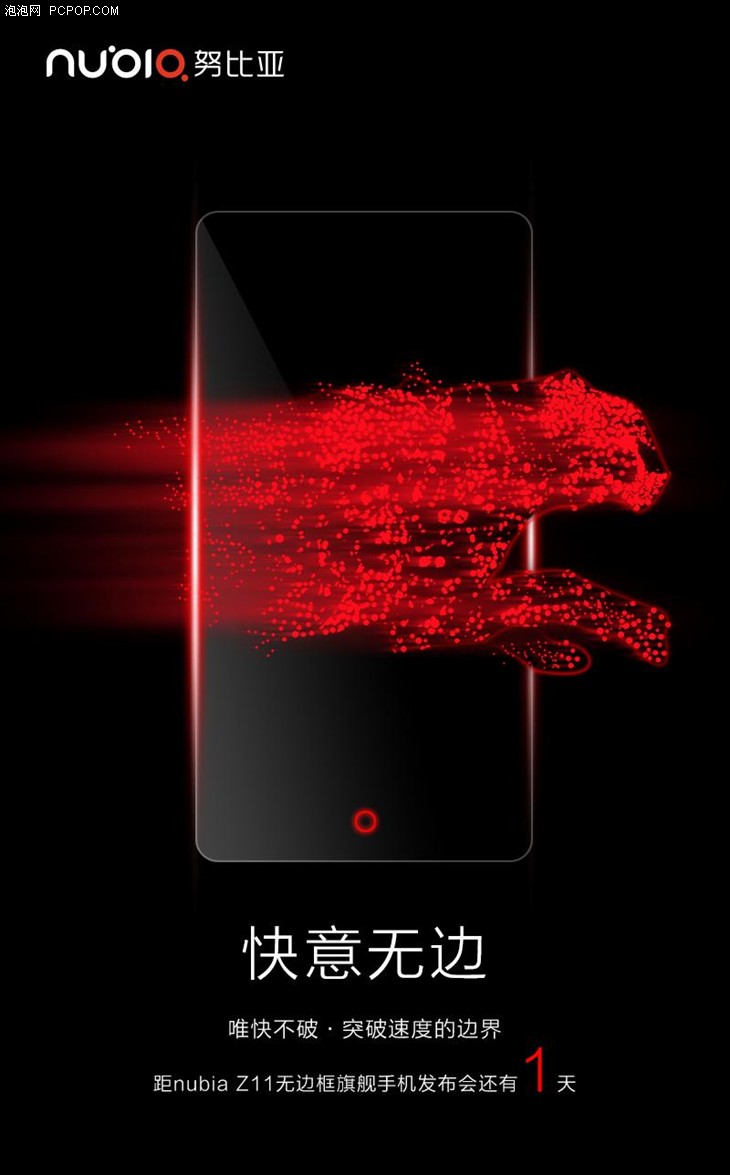 According to the teaser, the four Chinese characters translate to ‘borderless’ which hints that the Nubia Z11 may not come with a side chassis surrounding its display. If this is true, then the Nubia Z11 will be the first Android smartphone to come with a full benzel-less display in the market.

The second line of text on the teaser on the other hand, suggests that the device will also be lightning fast, which was also hinted to us by the cheetar-like animal at the top of the teaser.

Whatever it is, we do expect this device to come with a extremely high configuration specs sheet. According to our tipster Weiren, the Nubia Z11 will feature a 5.2″ QHD display powered by a Snapdragon 820 SoC along with 6GB of RAM. Other key specs include a 21MP main shooter, a 8MP front-camera for selfies, 128GB internal storage as well as a 3,000mAh unremovable battery.

For those interested, the Nubia Z11 will be officially announced on June 28th, 18:00hr, at Beijing during a press event. Do stay with us for more updates on the Nubia Z11!

Thanks for the tip Weiren!