Earlier today, Huawei held an official launch event for their highly anticipated Huawei Nova smartphone in China. Unlike most of their other launch event, today’s event seems more like a celebratory event rather than an official press event. 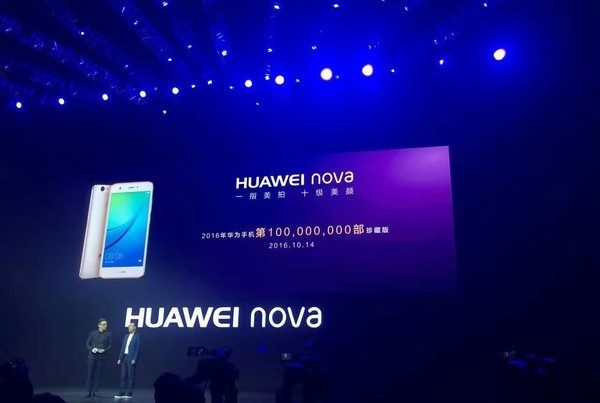 After unveiling their latest Nova smartphone, the company went on to boast about the company’s success thus far. If you can still remember, last month Huawei had just revealed their latest milestone to the press which include a record breaking global sale figure of 1.5 million Honor 8 smartphones as well as a an impressive achievement of 6 million Huawei P9 shipped in less than five months after it was made official.

During the launch event today, Huawei is finally back to announce their new milestone and this time round the company had officially confirmed that more than 100 million smartphones had been shipped in this year alone. Back in 2015, this was the combined figure for the entire year and the company had already surpassed this figure today, with still 2 more months before the financial year ends.

Indeed, this is surely one of the greatest achievement for the Chinese company throughout its history. Bear in mind, the figure revealed today doesn’t include the sales of the upcoming Mate 9 slated to be announced on November 3rd.