Earlier today, Huawei has released a fresh teaser for their upcoming Mate 9 phablet and this time round, the teaser seems to drop some hints on its superior camera quality – which is illustrated by a person taking some breathtaking shots of the beautiful scenery. This teaser is of course, directed at the device’s Leica branded dual-camera main snapper. 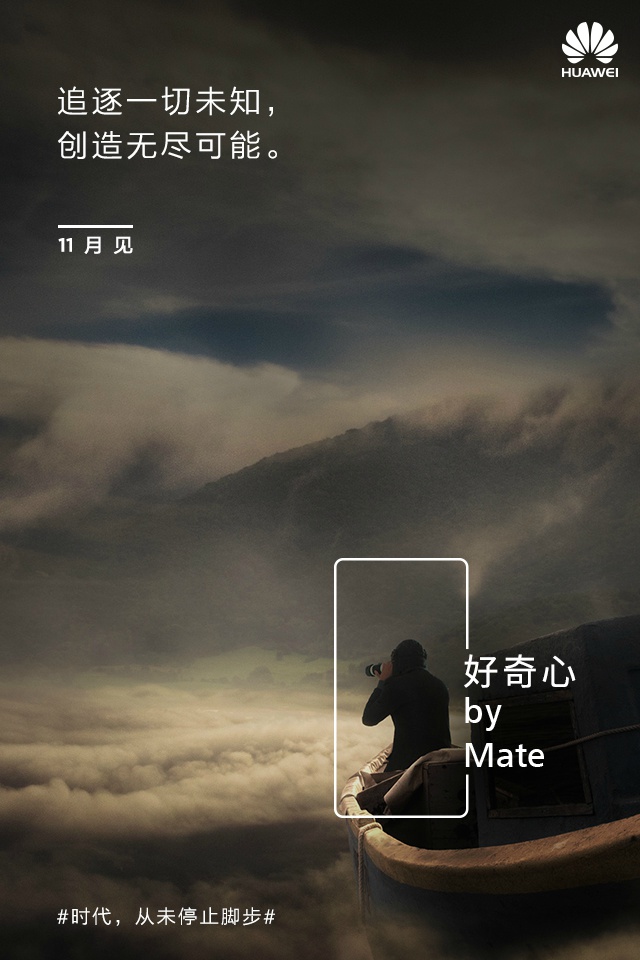 Once again, the teaser reiterated its November launch date similar to the one which was sent out by Huawei yesterday. As the teaser did not specifically state the November 3rd launch date, we reckon this teaser is directed only on the Chinese communities and the company is expected to hold another launch event in the Chinese market somewhere during November next month as well.

Just in case you missed out, you can check out the earlier alleged live shot as well as render of the device here and here. During the November 3rd event, Huawei is expected to unveil both the Huawei Mate 9 as well as the higher-end Mate 9 Pro.